Apps are frequently rejected for failure to comply with app store legal rules. This can happen at the initial app approval stage, or even later after the app is up and running. These legal rules are set out in the app store guidelines and various legal documents. It is crucial not to forget these when developing an app.

This post highlights some of the Apple App Store guidelines and requirements that app developers should keep in mind. Next week, in Part II, we look at additional requirements arising out of the licence agreement between developers and Apple.

Lots of rules to comply with

Developers need to review the legal rules for each app marketplace they are publishing their app on, such as Google Play for Android and the Apple App Store. For example, Google doesn’t care if a developer has complied with the Apple rules, and vice versa.  Unfortunately, this means that if a developer is developing apps for multiple devices, the developer needs to look at the rules for each app marketplace. 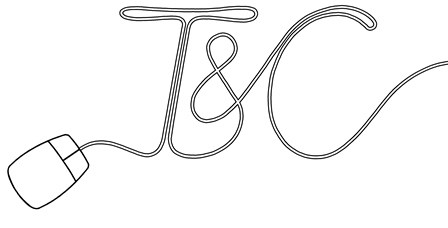 Apple checks each app submitted to its App Store against its published App Store Review Guidelines. Failing to comply with these guidelines can result in the rejection of an app. As Apple itself explains, the guidelines are in place to prevent problems with pornography, violence, legal issues and user experience. Put simply, if Apple is of the view that an app doesn't do something useful, unique, or provide some form of lasting entertainment, or if it fails to respect privacy rights, it may not be accepted.

Unfortunately, from the perspective of a developer, the fact that the app may have passed the initial App Store review does not mean it won’t be rejected at a later stage.

However, if the app is rejected, there is a formal review process.  As Apple puts it:

“If you run to the press and trash us, it never helps.”

Apps submitted to the Apple App Store are expected to have ‘lasting value’. Apple explains that if the app doesn’t offer much functionality or content, or only applies to a small niche market, it may not be approved. Apple therefore advises that, before starting development, developers look at apps in a similar category on the App Store and consider how they can provide an even better user experience.

Apps that are designed predominantly for the display of ads will be rejected.  Apple’s review guidelines also expressly prohibit apps from using push notifications to:

“send advertising, promotions, or direct marketing of any kind”.

This is significant, given that the whole purpose of push notifications is to drive user engagement, in some shape or form. The dividing line between user engagement and promotion, advertisement or direct marketing is not always clear.  As Apple itself says:

“We will reject apps for any content or behavior that we believe is over the line. What line, you ask? Well, as a Supreme Court Justice once said, "I'll know it when I see it". And we think that you will also know it when you cross it.”

This means Apple has a lot of discretion which is not ideal from a developer’s perspective given the uncertainty it creates for apps.  While Apple may not aggressively enforce this rule, the fact that the rule is there and is open to interpretation is of concern to apps that rely on push notifications to drive engagement.

Apple’s review guidelines also set out rules and examples across a range of topics, including user interface design, functionality, content, and the use of specific technologies. Developers need to make sure their app is consistent with these rules before submitting it for review.

In next week’s post, we look further at App Store compliance. In particular, we examine the terms of the iOS Developer Program License Agreement and what its terms mean for developers.

The Microsoft Saga – How do the Arguments Stack Up?