“In what circumstances does a democracy tolerate State mandated electronic surveillance of every citizen who uses a telephone device?”

In early December 2018, the Irish High Court ruled that the Communications (Retention of Data) Act 2011, requiring mobile phone data to be retained and disclosed upon request to An Garda Síochána, breached EU law. The ruling follows an application by convicted murderer, Graham Dwyer, who was sentenced to life in prison in 2015 for the murder of Elaine O'Hara. The conviction was based to a large extent on mobile phone data evidence made available under the Act.

In its ruling, the High Court agreed that aspects of the Act governing retention and disclosure of mobile phone data contravened EU law (other than where the mobile phone data was needed for national security or to save a human life) as they allowed for inappropriate, unnecessary or disproportionate use of data. The Court refused to rule on whether the Act also contravened the Constitution. This ruling follows a 2014 decision by the EU’s highest court which invalidated the EU data retention directive, implemented in Ireland by the Act. Importantly, however, the Court did not rule that the actual operation of the Act and resulting use of mobile phone data in the Dwyer case was inappropriate, unnecessary or disproportionate.

The precise extent of the fallout from the High Court’s ruling is unclear. A decision may be taken by the State to appeal the ruling to the Supreme Court. However, we consider some of the potential implications below.

Implications of the Ruling 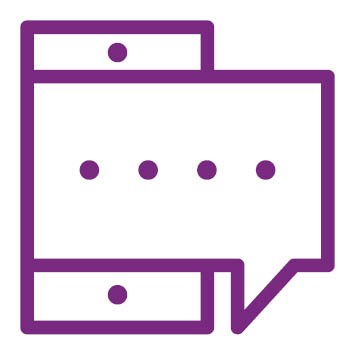 The ruling has a number of serious implications:

Similarly, the ruling will not lead to an automatic quashing of other convictions that relied on information retained under the Act. In its ruling, the High Court made clear that a case-by-case assessment will be required in any appeal, along the same lines as those issues likely to be considered in Dwyer’s appeal.

The implications may be most significant for ongoing investigations and future prosecutions.

The Irish Government must now take action to address the issues arising from the ruling, particularly given its awareness of the clear deficiencies in the Act and the potentially grave consequences of failing to do so for a number of years now. In a statement released on Thursday, Minister for Justice Charlie Flanagan said it was clear the current legal framework governing access to mobile phone or metadata in the context of criminal investigations is in need of urgent modernisation. He said that the Government’s draft Data Retention Bill (first published in October 2017), which takes account of various aspects of the Dwyer ruling, is already at an “advanced stage”. However, he noted that the Attorney General's advice will be taken about further changes. In particular, the Bill provides for a greater level of Ministerial oversight requiring An Garda Síochána to obtain specific authorisation before requiring service providers to retain data, a shorter maximum retention period of 12 months (in contrast to 24 months provided for by the Act) and prior judicial authorisation of any disclosure of retained data. It is hoped these changes will address the failings of the Act.

For more information on the potential impact of this ruling on your business, contact a member of our Privacy & Data Security team.

Trade Secrets – Make Sure Your Business Isn’t Left Behind