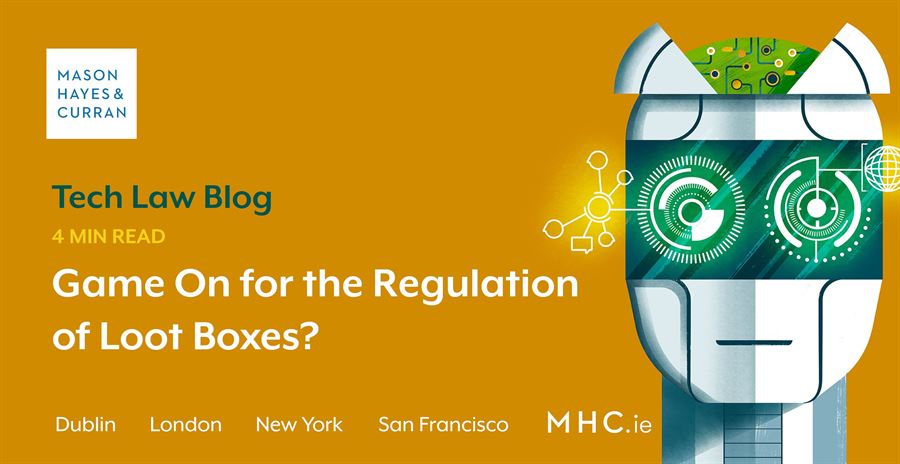 Loot boxes (or ‘mystery boxes’, ‘chests”, etc) are purchased either with real money or in-game virtual currency, in-game progression or otherwise gifted. They are available on consoles, PC and mobile games and have become a staple of some of the most popular video game franchises in the world. Although they exist in both premium and free-to-play games, the concept of loot boxes has helped accelerate and underpin the growth of the free-to-play model in particular.

Why we need to talk about loot boxes

The randomised nature of the loot that the player receives differentiates loot boxes from other in-game purchasable content. There is always a chance your next loot box could contain a high value item. On the other hand, the BBC’s Money Box programme reported in July that, in some games, loot boxes have a win rate of as little as 0.01 per cent. This element of chance has drawn the attention of governments and regulators. Anti-gambling activists argue that loot boxes imitate features and mechanics that are found in gambling games and slot machines and, therefore, should be regulated under national gambling laws, especially to protect children. The video game industry argues that loot boxes are optional and are simply a way for players to express their individuality and support the software developers.

The position of loot boxes under Irish law is unclear at present. A recent Oireachtas (Irish legislature) report acknowledged that whether loot boxes fall within existing gambling legislation here remains uncertain. Ireland has signed up to the Declaration of gambling regulators on their concerns related to the blurring of lines between gambling and gaming, adopted at the 2018 annual meeting of the Gambling Regulators European Forum (GREF). While this is not a legally-binding document, it does recognise the concerns that have arisen regarding “skin betting, loot boxes, social casino gaming and the use of gambling themed content within video games available to children”. In addition, it calls for “companies whose platforms or games are prompting concern, to engage with regulatory authorities to develop possible solutions”.

While an update to Irish gaming legislation came into force on 1 December 2020, it does not address loot boxes specifically. A 2019 government report on the future of the regulation of gambling in Ireland commented that current legislation does not provide a pathway for licensing gambling activities arising out of the on-line video gaming environment. The report acknowledged that it will be difficult to legislate in this area and encouraged the video gaming industry itself to play a greater role in ensuring that its intellectual property was not used for gambling purposes. Ireland does not yet have a dedicated gambling regulator who could offer guidance on the regulation of loot boxes. But when that regulator is appointed, it is likely to keep this issue under review something which the government report specifically suggests.

As it stands, the Gambling Commission in the UK considers that loot boxes confined to in-game use which cannot readily be “cashed out” do not fall under UK gambling law. However, loot boxes are coming under increasing scrutiny in the UK. A July 2020 House of Lords report said that loot boxes are a ‘gambling-like’ product and recommended that any future developments in video games and similar products that contain gambling-like elements should be brought within the remit of the UK’s Gambling Act. The UK Children’s Commissioner also came to a similar conclusion in its report.

However, the UK’s Department for Digital Culture, Media and Sport is taking a considered approach to reform of the law in this area. In the DCMS Select Committee Immersive and Addictive Technologies Inquiry, it stated that “loot box mechanics are integral to major game companies’ revenues and evidence that they facilitate profiting from problem gamblers should be of serious concern to the industry.” The report’s recommendations included advising the Pan European Game Information (PEGI) Council to apply existing gambling content labelling and corresponding age limits to games featuring loot boxes. In April, PEGI announced it would inform consumers where games include ‘paid random items’.  Following the report, DCMS recently initiated a public consultation with the goal of obtaining evidence on the impact of loot boxes in video games and any potential links to gambling behaviour. It remains to be seen if the evidence collected will lead to new regulations on loot boxes in the UK in the short or medium term.

EU Member States have some discretion when it comes to the regulation of gambling and there is a divergence in approach across Member States as to how they perceive loot boxes.  For instance, unlike Ireland, Belgium regulates loot boxes as a form of gambling whilst the Netherlands regulate certain but not all loot boxes as a form of gambling. In 2019, Electronic Arts stopped selling “FIFA Points” in Belgium for its popular FIFA football video game series.

A recent EU Parliament report looked at the issue of loot boxes. The report considers that some video games have “problematic design features” which create an “irresistible urge to play" and which “could influence the motivation of players in a way that could lead to problematic outcomes for users, including psychological and financial consequences such as addictive behaviours or problematic spending.”

The report acknowledges that there is a degree of difficulty in limiting access to loot boxes through gambling legislation. This is because gambling laws differ across Member States and the EU lacks jurisdiction in certain key areas. It also recognises that banning loot boxes, like in Belgium and the Netherlands, impacts the Single Market for games and points out the limitations of a divergent national approach. Significantly, it suggests instead that policymakers focus future EU regulation efforts in the area on consumer protection grounds where the EU has more influence and power over legislation, citing examples of its joint enforcement action to improve protection of children regarding in-app purchases in online games and the revision of the Audiovisual Media Services Directive to reinforce the protection of minors against harmful content.

The report recommends that protective measures are introduced at both the pre and post purchase phase of the consumer journey. It suggests providing consumers with information at:

The report says that providing players, or parents in the case of minors, with information and being transparent about spending mechanisms or unwanted content are the starting point for balancing out the asymmetry in information between players and publishers.  However, it does question the effectiveness of some transparency and information initiatives such as PEGI age rating and probability disclosures.

The report emphasises that the channels through which information is provided are crucial. The information needs to be provided at the right time, in the right format and to the right audience. For example, it says that the effects of disclosing the probabilities of winning are likely to be marginal if provided on the publisher's website instead of being shown in-game immediately before a loot box is purchased. The report also highlights the need for strong parental control features to protect younger gamers through features such as spending limits and alerts for parents.

The report recommends that, while consumer information, transparency and player control measures are welcome initiatives, their effectiveness should be systematically verified, for example through consumer testing. It also says that such measures should be supervised and enforced by independent bodies.

The report concludes that should these existing practices, which are mostly voluntary, be found insufficient to protect players from potentially harmful effects of loot boxes, they could be regulated at EU level.

The growing visibility of video games in mainstream media has been accompanied by a number of other developments, which offer both opportunities and challenges to industry entrants and incumbents alike. Loot boxes have become a staple of many of the most successful video game franchises worldwide and are an important source of income for developers. They allow players to express their individuality in their gaming experience and to support the developers.

However, some argue that loot boxes can produce problematic outcomes for certain players. It remains to be seen if we will see new regulation in the short term. In response to these regulatory developments, several leading gaming companies have implemented new policies regarding the disclosure of odds for loot boxes. The publishers of popular video games have also pledged loot box transparency whilst some developers have abandoned loot boxes altogether in favour of new systems where functional content is unlocked only through free gameplay.

In addition, certain leading gaming companies have parental controls that offer further protection over in game purchases by children. These industry practices are mostly voluntary. If industry’s response is found insufficient to protect consumers we could see future regulation in this area. The video game industry is closely monitoring trends and developments in this area. The policy risk of increased regulation will remain an important consideration when doing diligence on gaming companies that are heavily dependent on loot box revenue.

For more information on the future regulation on loot boxes and ensuring compliance with applicable laws, contact a member of our Technology team.

Webinar: Essential Law for the Staffroom