One of the main initiatives we have promoted over the last number of years, both as part of CSR and as a key attribute of our client service methodology, is the use of plain English. 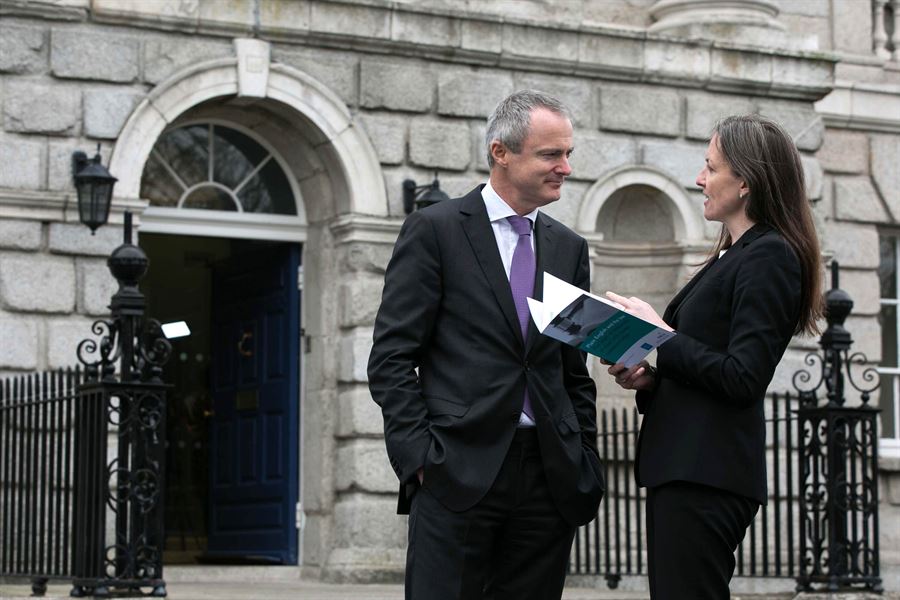 As part of this programme we are pleased to announce the launch of a new booklet entitled, ‘Plain English and the law: the legal consequences of clear and unclear communication’.

Published in partnership with the National Adult Literacy Agency, the booklet helpfully shows how plain English can save companies time and money by avoiding unnecessary legal costs.

In his foreword, Justice Peter Kelly, President of the Irish High Court said, "This book provides an opportunity to promote the use of plain English particularly in the business world".

The booklet was launched in conjunction with the Plain English Awards which we sponsored for the second year. The awards were presented on 9 February 2017 and were covered in the Irish Times.

Coverage from the Irish Times 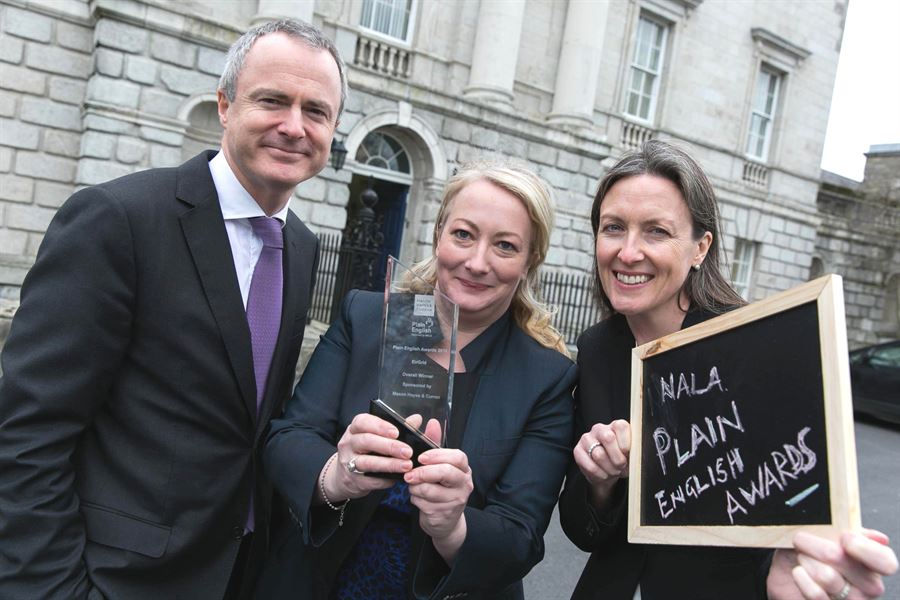 If you’re going into work this morning with the intention of deploying resources to progress an agenda which is key and needs tackling, then stop it right now.

The people behind the Plain English Awards have you in their sights.

The annual awards, which were presented on Thursday in the Law Society headquarters in Blackhall Place – a building which has seen its fair share of gobbledygook over the years – are run by the National Adult Literacy Agency (NALA).

Working as it does with people who struggle with obscure and intimidating jargon, the agency is keen to encourage companies and services to employ clear, simple language when dealing with the public.

This year’s winners ranged from Down Syndrome Ireland to the Office of the Director for Public Prosecutions.

Declan Black of business law firm Mason Hayes & Curran, which sponsors the awards, said the relationship had the added benefit of forcing his company to simplify its language. “It puts internal pressure on us to do better because otherwise we will be lampooned,” he said. Words such as “aforementioned” and “heretofore” cropped up less frequently now in word searches of the company’s files, he said. “Thank God they’ve been reduced.”

The most recent, Plain English and the Law, features an admirably concise foreword by the president of the High Court, Mr Justice Peter Kelly, who observes that “too many contracts are written in obscure and convoluted language. In many instances that is because of an overreliance upon precedents. In addition, the word processor is very often no friend of plain English.”

From academia to computing, every profession has its own impenetrable jargon, designed seemingly to exclude rather than communicate.

The Plain English Awards have a particular focus on companies that provide important information to the public, whether it’s monitoring our health, managing our finances or just understanding our own rights.

This year’s overall winner, EirGrid, was praised for the clarity of a document explaining how electricity customers can have their say in how the company consults with the public on developing the national grid.

This article was originally published in the Irish Times on Friday, 10 February 2017. The content of this article is provided for information purposes only and does not constitute legal or other advice.

Plain English and the law: the legal consequences of clear and unclear communication