Coming to terms with the economic necessity of a V-word culture: after all, it's a dirty job - but somebody's got to do it. Vulture funds and culture capitalists have been getting a bad press for many years now, writes Declan Black. But let's get real and accept the necessity of what it is they do.

Vultures may be ugly birds - but they perform a useful service. They are one of nature's recyclers and help the ecosystem by taking away the dead and unhealthy. It's a dirty job, and one which can be distressing to witness - but it is a job which benefits the environment as a whole.

These birds have lent their names to the label of 'vulture funds', which has since passed into the Irish lexicon as a pejorative term.

The label is used fairly indiscriminately, and in my view often generates a negative emotional context which hinders fair assessment and obscures what is actually happening.

The demonising of so-called vulture funds ignores the fact that one of the key factors in Ireland's recovery from the financial crisis was the willingness of foreign private equity - particularly US private equity - to invest in Ireland.

Much of that investment was in so-called 'distressed assets' - usually meaning either under-performing loans with their associated security, or real estate assets held by entities which did not have the financial wherewithal to fully utilise such assets.

The position in Ireland during the crisis was that the banks had to reduce their balance sheets and address the problem of non-performing loans. To a considerable extent, this remains the position today.

The choices with non-performing loans are few: (1) appoint receivers or otherwise take possession of the secured assets or (2) sell the loans and associated security to third parties.

For an institution which has long-term ambitions to remain and build in a market, option one is both difficult to execute and it carries risk.

Piecemeal repossessions and sales carry high transactional costs. Suing borrowers is expensive and the cash return is usually low. Both activities hurt the reputation of the institution.

A policy of soft deals with some borrowers carries contagion risk for other borrowers, makes future lending riskier (and therefore more expensive for borrowers) and is perceived by compliant borrowers as simply unfair. Therefore, it is not surprising that option two is popular with institutions. 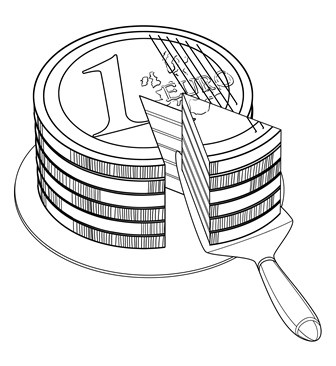 Happily for Ireland, option two became feasible. There were buyers for under-performing loans - and a market developed.

The effect of this market on the Irish economy and Irish society has been broadly beneficial. While in legal terms, the buyers purchased loans and related security, in value terms they usually only wanted and priced the security. This security was usually comprised of commercial or residential real estate.

The emergence of this market was key to the recovery in real estate prices. This, on a corporate level, helped stabilise the financial position of the banks and helped Nama generate returns for the Exchequer.

On a societal level, it reduced negative equity and contributed to positive equity, thereby generating confidence - which in turn leads to consumer spending.

Overall, a positive cycle was created.

Productive and well-exploited assets create wealth and jobs. Moribund assets don't. And the faster you can shift assets from being moribund to being productive and exploited, the faster the economic benefit comes.

From an economic standpoint, people are key assets too - and again the economy benefits from more people being engaged and productive.

Many commentators have flagged the detrimental economic effect of having so many people burdened by debt which they have little prospect of repaying.

They can become disengaged and demotivated because there is little incentive to work to create wealth when you have to use any wealth that is created to pay off old debt.

The so-called vultures have had a broadly positive effect here too.

Unhindered by a fear of contagion, and not having substantial current and future lending to protect, the funds have proved both quick and willing to do deals with borrowers.

That they generally do this without recourse to the courts is clear from an examination of the court records.

Therefore, not only are physical assets better utilised in the economy because they become owned by a party with resources to exploit them - but individuals and companies have their residual debt obligations reduced to manageable proportions (or waived), and accordingly are themselves in turn better motivated and better able to contribute to the economy.

It is of course true that the observations made above are points of broad application.

They deliberately ignore the individual stories of hardship and failure which feature in every downturn.

This is not because these stories don't matter: far from it. It is because a recovering economy which supports the rapid recycling of assets means we should have fewer such stories and at least the prospect of a happier ending for some.

The problem with individual stories is that we tend to brand the actors as heroes or villains - and these character roles are too easily filled by the archetypal downtrodden small businessman and the faceless vulture fund.

Thematic stories don't have heroes and villains and are complex. But proper analysis should be concerned with broad and thematic effects.

It is only populist and Trump-like analysis which is dominated by simplistic stories of heroes and villains.

First, please do not speak of engendering an entrepreneurial spirit or "celebrating failure" if you are not prepared to accept that entrepreneurial activity - such as investment in distressed assets - also results in immediately visible casualties in terms of business failures and lost jobs.

You must trust that more viable businesses and more sustainable jobs will emerge.

So please don't jam up the insolvency processes or you will have moribund assets for longer.

If we adopted policies which undermined investor appetite, this would be more likely to have an overall regressive effect and perpetuate an environment where hard personal histories will continue and proliferate.

But the regulation needs to be proportionate and it needs to be firmly focused on the overall climate it is intended to create. And that is a climate where even vultures can do their work.

This article was orginally published on Independent.ie on Sunday, 19 June 2016. The content of this article is provided for information purposes only and does not constitute legal or other advice.