The Community Fund of the Bon Secours Hospital Glasnevin and Mason Hayes & Curran worked closely with ChildVision to develop and fund a sensory space dedicated to the promotion of literacy and imagination on the Drumcondra Campus. It was launched on Wednesday 06 April by children’s author and rugby analyst Brent Pope.

Brian Allen, Chief Executive of ChildVision explained why imagination and creativity was key for developing this resource,

“The old small library was a very dark, unattractive room with a low ceiling and poor insulation. It was not at all befitting a library within the National Education Centre for Blind Children where braille and literacy is at the heart of learning and exploration for children who will only see the world through an inspired imagination. With thanks to the Bon Secours Hospital Glasnevin, Mason Hayes & Curran and other donors who wish to remain anonymous we now have a space to ignite that journey for our children,” he said. 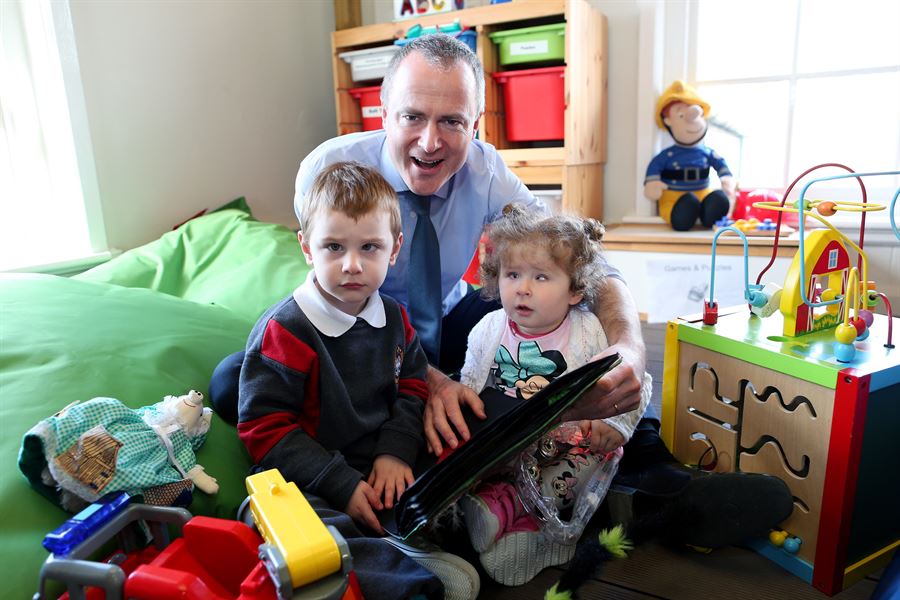 The colours in the new library helps the visually impaired with greater contrast between the spaces. Architects, Hanley Taite, brought the garden and animals, located just outside the library, into the design. A treehouse appears in the top right hand corner, a zone for storytelling. A level down a picnic area with artificial grass allows the children to sit or lie on the floor surrounded by tactile materials. A wheelchair ramp with large portholes divides the space and graphics of native wildlife decorates the walls of the ramp.

Declan Black, Managing Partner of Mason Hayes & Curran said it was an easy decision to make a contribution from the firm to help fund the Accessible technology,

“One of our social goals is to support education and we work with many technology companies. So it is gratifying to be able to contribute to the essential IT infrastructure of this new library as it exemplifies the best of what technology can offer. Once the children have developed their solid braille skills they can then access so much more on digital braille displays, note takers and hopefully soon, braille tablets. IPads with specialist apps also allows for further learning opportunities, “he said.

Many of the students at ChildVision will not learn braille as they also have significant cognitive disabilities alongside their sight loss but they attend weekly sensory story reading sessions and access tactile books, many prepared by Transition Year students from around the country.

Mike Tonery, Hospital Manager at the Bon Secours Glasnevin explained why this project appealed to them,

“The complex disabilities of many of the children attending ChildVision now require such creative therapeutic intervention to access their world. The new space needed to be wheelchair friendly and have a high level of sensorial appeal, with different distinct spaces allowing for children with noise sensitivity to move away from a bigger group. This was a very deserving project for our community fund, teaching us a lot about one of our oldest and closest charities,” he said. 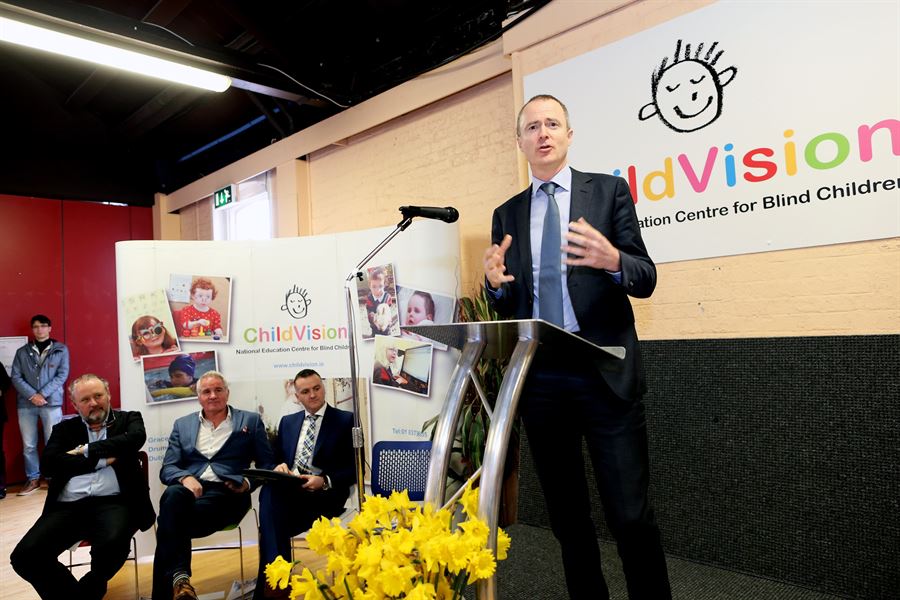 In addition to their other services, ChildVision provides transcripts of textbooks in braille, large print and digital files for all children with a registered visual impairment attending mainstream school in Ireland. In 2015 3,502 full titles were transcribed. Separate to this, many of these children, along with ChildVision’s own students are members of the library at ChildVision. The children’s library lends fiction and other titles in braille, large print and digital formats via post and membership is free. There are currently 750 members throughout Ireland