We were delighted to be named as 'Irish Law Firm of the Year' at the Chambers Europe Awards for Excellence 2014 which were held in London on 24 April 2014.

The country awards recognise a law firm's pre-eminence in key practice areas in their jurisdiction. They take into account strategic growth, market feedback and involvement in market-leading deals. The nominees were drawn together by the Chambers Europe team, based on research carried out for the Chambers Europe 2014 guide.

Commenting on the awards Chambers Europe said, "Mason Hayes & Curran is an excellent Irish firm recognised in multiple practice areas, including employment, intellectual property, construction and dispute resolution, including insurance conflicts. It enjoys a glowing track record in TMT mandates, with an impressive list of high-profile clients including Facebook, LinkedIn and Twitter. The dispute resolution team has also acted for a number of significant clients including the Central Bank of Ireland and Defender Limited."

The award was collected by (pictured below) David Mangan, Senior Associate, Maureen O'Neill, Partner, and Paul Egan, Partner and Chairman of Corporate,

In 2013 we were honoured to win 'Client Service Law Firm of the Year'. 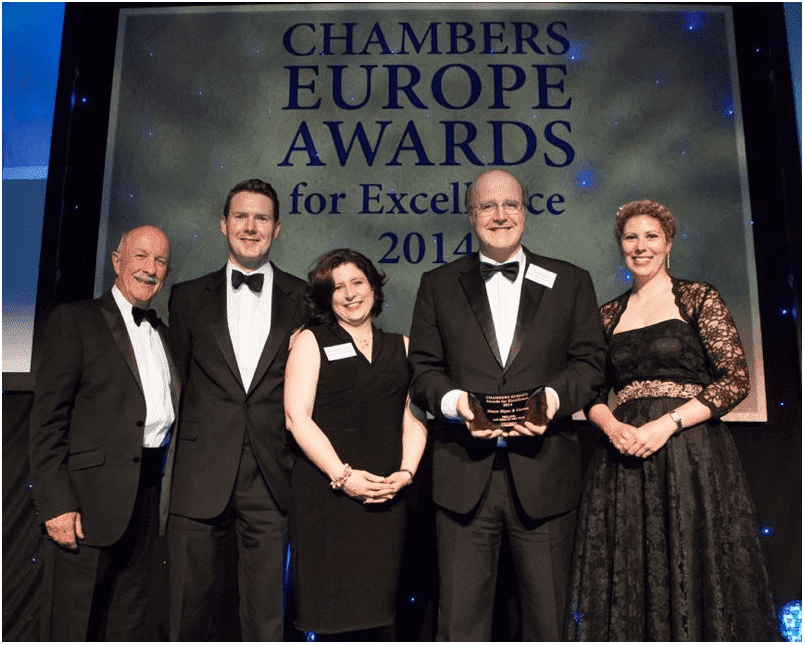