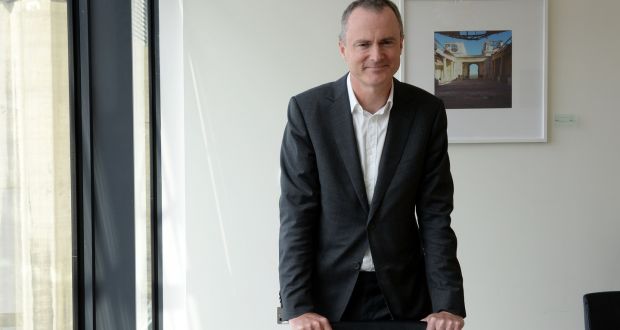 Declan Black, Managing Partner at Mason Hayes & Curran: “would be very content with modest growth” in 2017.

This growth was driven by strong levels of business across a number of areas, notably in dispute resolution, real estate work and corporate advisory services.

Commenting on the results, Mason Hayes & Curran’s managing partner Declan Black said: “The firm experienced record growth levels in 2014 and 2015 so we are pleased that the firm has continued to grow in the more challenging trading conditions experienced in 2016.”

Mr Black acknowledged that this year was likely to bring “considerable economic uncertainty” for Ireland due to Brexit and policies pursued by the Trump administration in the US.

“We are positioned to advise clients on reorganisations, which may flow from fundamental changes caused by Trump or Brexit, whether they involve establishments or disestablishments in Ireland or enhanced opportunities with other EU countries like Germany and France,” he said.

In terms of projected revenues for Mason Hayes & Curran this year, Mr Black said: “I would be very content with modest growth. Modest growth is single-digit growth. If the economy can stay broadly on the growth trajectory [of recent years] in spite of Brexit and Trump that will be some achievement.”

In terms of corporate work, the firm acted on a number of significant mergers and acquisitions. These included representing Activision Blizzard in its $5.9 billion acquisition of King Digital Entertainment plc, and acting for Virgin Media on its acquisition of UTV Ireland.

It also represented McKesson Corporation on its acquisition of the pharmaceutical distribution business of UDG Healthcare Plc.

In terms of financial services, its asset financing team, led by Christine O’Donovan, saw an increase in commercial debt to the aviation sector as well as corporate reorganisations and consolidation among a number of niche aircraft lessors.

It was also a busy year for the firms’s dispute resolution practice – Mason Hayes & Curran has more litigation lawyers than any other firm in Ireland.

It also acted for SPV OSUS Ltd in proceedings against HSBC bank and other service providers relating to losses suffered by Optimal Strategic US Equity Ltd following the collapse of the Madoff Ponzi scheme with an overall claim value of $3 billion.

Mason Hayes & Curran’s real estate team was involved in completing Twitter’s move to a new European headquarters here and advised a prominent US private equity firm on the purchase of loans from Ulster Bank for about €500 million.

In addition, it advised Hines and King Street on the disposal of a portion of its residential development site in Cherrywood Business Park to Cairn Homes.

Mason Hayes & Curran’s technology team was involved in a number of key projects in 2016, including its role as the sole legal advisors appointed by the Department of Communications on all aspects of the National Broadband Plan.

This article was originally published in the Irish Times on Monday, 30 January 2017. The content of this article is provided for information purposes only and does not constitute legal or other advice.