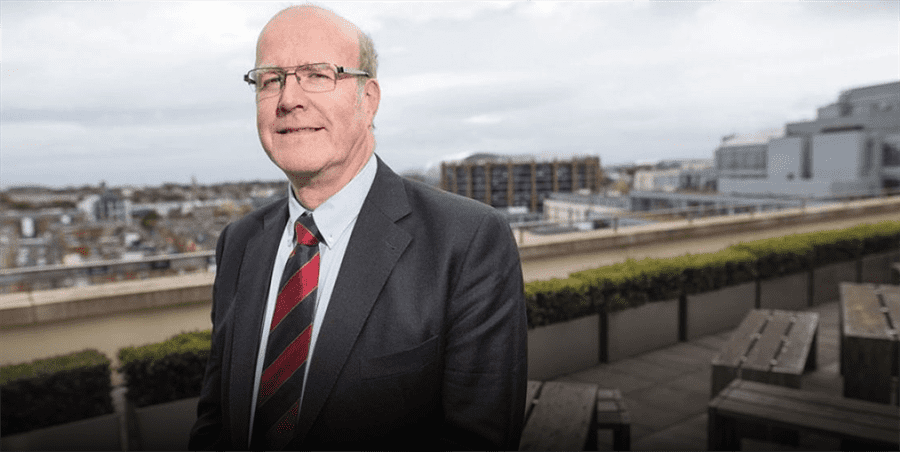 Pictured above: Paul Egan, Of Counsel

"The board of directors is an amiable entity, meeting with self-approval and fraternal respect but fully subordinate to the real power of the managers. The relationship somewhat resembles that of an honorary degree recipient to a member of a university faculty.”

That’s a line from a book called The Economics of Innocent Fraud by John Kenneth Galbraith, one of the greatest economists of the 20th century, who chronicled the Great Depression and helped shaped US economic policy for decades. He wrote that book in 2004 when he was aged 96, just a couple of years after a string of corporate governance scandals in the US, starting with the infamous Enron.

Galbraith goes on to write: “At the annual meeting, shareholders are provided with information on performance, earnings, managerial intention and other matters, including many that are already known. The resemblance is to a Covenanted Baptist church service. Management authority remains unimpaired, including the setting of its own compensation in cash or stock options.”

Galbraith was entitled to be cynical about governance. After all, he had witnessed some of the most incredible financial meltdowns in history over the course of his life (he died in 2006). But there have been changes in governance since, particularly after the 2008 financial crisis, giving investors a real say in how the companies they invest in are run.

Annual general meetings can be tricky events for companies to manage. No matter how small a stake a shareholder might hold, they have the same right to question directors. It is when companies can be most vulnerable to criticism and bad publicity.

For the first time, it has compiled a detailed report on how investors voted at agms this year. It focused on the big 25 firms, those with listings in Dublin and London that comply with the most up-to-date code on corporate governance.

“Nobody ever comes out of an agm and says: ‘Well, that was a terrific agm’,” said Paul Egan, a consultant who advises many listed companies, and the author of the report. “The agm as a means as delivering information doesn’t really fulfil that any more because the information is months out of date."

“What is fatal is when a company goes to its agm and has a whole load of humdrum resolutions, and somebody says: ‘Why are you doing that when an organisation says you shouldn’t?’ It looks bad when there has been a high vote against a resolution.”

According to Egan, clashes over pay, and about giving companies power to allot shares, thereby diluting existing investors, are currently worrying executives.

It is that awkward interaction in public that companies have been keen to avoid. New rules giving investors greater sway over executive pay (including binding votes on bonuses and share option schemes) have increased shareholder activism.

The rise of the power of proxy advisers, who scrutinise annual reports and recommend which way big investment funds should vote, have increased the pressure on companies to get it right or risk a humiliating defeat.

In Britain, several companies, including Pearson and Crest Nicholson, have seen their pay reports shot down. So far in Ireland, there has been no overturning of remuneration reports, but CRH faced a voted revolt by 18 per cent of its investors at its agm last spring, while 40 per cent of Greencore shareholders objected to its pay plans for senior executives.

The MHC report found that 84 per cent of Irish quoted companies proposed motions giving shareholders a non-binding say on pay.

Of these companies, some 76 per cent received support of greater than 90 per cent, while 14 per cent had a vote against of 15 per cent or more. Of those that proposed a motion to give investors a say on future incentive schemes, the majority received more than 90 per cent backing.

What has been controversial in Britain has been long-term incentive plans (LTIPs), which are pay awards executives could face in future years. They have been criticised for being opaque and potentially giving huge payouts based on vague and complicated metrics of returns for investors.

Egan said Irish companies adopting the British standard of giving investors a say on pay – even though it will not be a European requirement for another couple of years – were reaping the rewards of best corporate practice by consulting investors in advance before proposing incentives for voting on.

“I know there are remuneration consultants who companies go to,” said Egan. “But I think that what a number of companies have done in this area is this: before they go near a consultant, they look at the questions that have been raised by analysts and shareholders and things shareholders care about.

“Then they are able to engage and design remuneration packages that reflect these concerns. And by the time it gets around to the proxy agency, the company is able to say: ‘We have been open to shareholders and we have designed it with the concerns they have in mind’.”

The other area of contention is the ability of companies to allot shares, typically ranging from 5 to 10 per cent. It is something even sophisticated investors baulk at approving, though again, no motions on this were defeated this year.

“Nobody wants to be diluted. If the value of your asset can be reduced by allowing value to seep. It’s rare enough you see it being used. It’s been used strategically when companies are out of money: they would tap some of the major shareholders.”

The MHC report also shows that of the 213 directors put up for re-election this year none were rejected by shareholders. Some 205 of them received votes in excess of 90 per cent, with just four receiving the backing of fewer than 75 per cent of shareholders. That overwhelming support came despite some proxy advisers recommending shareholders vote against some reappointments.

“The reason why there are high votes against are not, in my experience, down to the calibre of individuals concerned,” said Egan.

“There was advice to vote against Colm Barrington at Hibernia Reit because of the number of directorships he has. I don’t act for him, but I do know him and he’s a very effective individual.”

Egan added that the rules on whether directors are classified as independent aren’t consistent. In Ireland and Britain, the corporate governance code states that a director has gone native after nine years. In France, it is 12 years.

“In the US, you have boards that are sclerotic, where there are people there for a generation and yet are seen as independent. It is one way for investor groups to give companies a bit of a slap.”

The level of activism seen in Britain hasn’t yet made its way here.

However, Egan said this might be a sign that Irish quoted companies are quicker to be more transparent.

“Who knows, it may be something we may become used to. But it is probably a combination of companies getting it right and the foresight to volunteer that they are being rewarded for their virtue.”

Who knows what JK Galbraith would make of it all.

This article was originally published in the Sunday Business Post on October 8, 2017. The content of this article is provided for information purposes only and does not constitute legal or other advice.