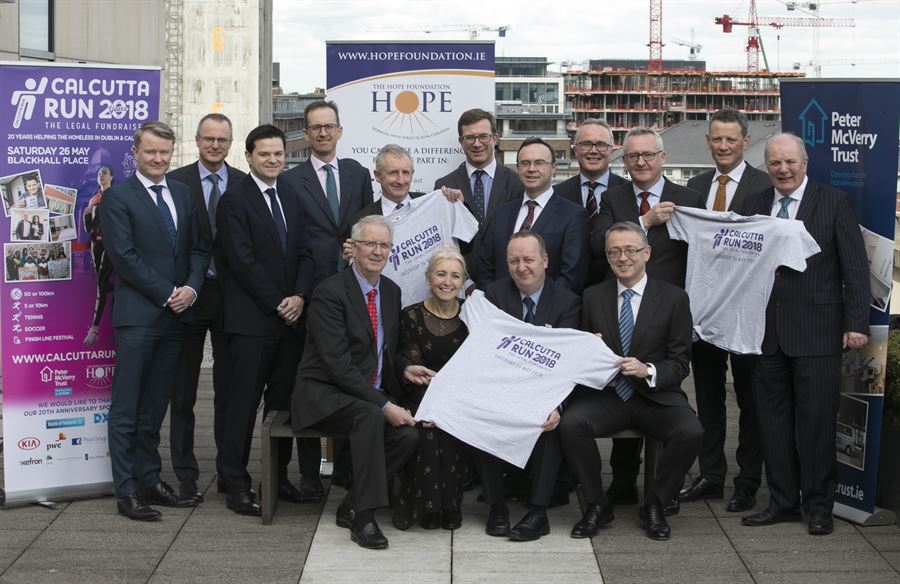 We were delighted to host the launch of the 2018 Calcutta Run, the legal profession’s annual fundraiser which raises funds to combat homelessness in Ireland and Kolkata (formerly Calcutta). First held in 1999, the Calcutta Run has raised a staggering €3.7 million during the past nineteen years and the fundraising target for 2018 is €300,000.

On 26 May 2018, up to 1500 participants will undertake a 5km or 10km route via the Phoenix Park with a cycling route available in Cork. All proceeds from the 2018 event will go towards the work of the Peter McVerry Trust and The Hope Foundation. Both organisations help to reduce homelessness in Ireland and India.

The fundraiser brings together legal professionals from around the country and is supported by The Law Society of Ireland.

Commenting at the launch of the event, President of the Law Society Michael Quinlan said, “This is a very special year for the Calcutta Run as we celebrate its 20th anniversary. Recent weather events have highlighted the vital work those on the front line to assist those in homelessness and the profession is delighted to help contribute to that effort.”

Maureen Forrest, Founder, and Director of the Hope Foundation said, “We are delighted to continue our partnership with The Calcutta Run this year. The Calcutta Run is making an incredible difference to the children with whom we work with in Kolkata. This year on the 20th anniversary of such an extraordinary event, we have an opportunity to send a message to this extremely vulnerable group of children that we are listening.”

Declan Black, Managing Partner at Mason Hayes and Curran and event launch host said, “The Calcutta Run is a unique event embraced by the entire legal profession in Ireland. It brings together private practices and in-house lawyers, big firms and small, urban and rural in a common charitable endeavor. Our firm is proud to make its contribution to what will hopefully be a record-breaking year for fundraising."