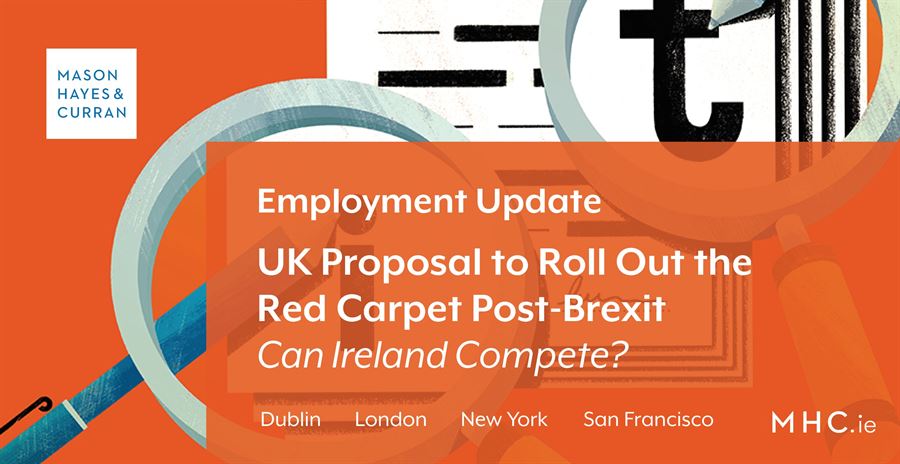 Angela Merkel recently highlighted the economic danger posed by Britain if it is allowed to become a “Singapore-on-Thames”. This follows the comment by Boris Johnson’s Brexit negotiator, David Frost, that the UK is seeking a “clean break” from EU regulations.

However, in a direct challenge to this, the UK Labour Party leader, Jeremy Corbyn, speaking recently at the annual Trades Union Congress in Brighton, promised to implement the biggest extension of rights for employees in UK history if the Labour Party wins the next election. This would include:

The proposals have been criticised by employer organisations saying they would result in a major regression and make the UK less attractive to new investment.

In contrast, addressing US and Canadian business leaders at a breakfast reception on the side-lines of the United Nations General Assembly in New York, Mr Johnson said he plans to make the UK "the best place in the world to start, run and build a business". He went on to say that, "...we are going to take advantage of all the freedoms that Brexit can give. Whether that is new tax allowances for investment ... or devising better regulation for the sectors in which the UK leads the world….We want a market that is open to the world. With the most competitive tax rates and the best-skilled workforce in the hemisphere. And so I say to our American friends, we will roll out the red carpet."

Much of Ireland’s primary employment legislation has been in effect for decades, with few major amendments during that time. For example, the Redundancy Payments Acts came into force in 1967, and the Unfair Dismissals Acts was enacted in 1977. Many other laws came into being in the ‘90s. While the system for resolving workplace disputes was reformed in 2015, our employment laws have remained largely stagnant, seeing little change over the years and any change in line with EU regulations.

Should the UK adopt Mr Johnson’s vision of becoming more aligned to the US model of “at will” employment, it is difficult to see how Ireland could maintain some of its current positions. For example, the UK has always seen TUPE as a thorny issue and may see its abandonment as “business friendly”. Equally, it is difficult to see how Ireland can maintain the position of allowing an employee achieve up to two years’ remuneration in unfair dismissal cases if the UK adopts a far less stringent approach. This may call for major surgery on Irish legislation which has more or less remained unchanged for 50 years and has never faced such a direct challenge.

Should Mr Corbyn win the next UK election and overhaul the UK’s employment laws as he has pledged, the distinction between Irish and UK law may become less subtle going forward. However, should Mr Johnson get his wish to build a “buccaneering” Britain, with his plan to recast the UK as a low-tax and low-regulation state, stark differences will quickly develop.

The Irish Government may find itself having to look at Ireland’s historic legislation to keep up with the developments of its neighbour with pressure being placed on it to keep itself competitive. Regardless of the outcome of Brexit, standing still does not appear to be an option.

For more information on the impact of Brexit on your organisation, contact a member of our Employment & Benefits team.