Notwithstanding the fact that the majority of employment law originates from the EU, somewhat surprisingly, Irish and UK law does differ. For example, there are some significant differences when it comes to matters such as compensation for unfair dismissal.

Although a vote to leave the EU is unlikely to result in the mass unravelling of employment provisions in the UK, it could nevertheless increase the differences between both jurisdictions as the UK have had longstanding issues with the EU on such things as working time, holiday pay, agency workers, some aspects of TUPE and employee bonuses, particularly in the financial sector. An EU exit could therefore mean that HR professionals potentially will need knowledge of both jurisdictions.

We have put together an infographic setting out some of the key employment law differences between Ireland and the UK as of today. These could easily widen over time, however, for now, new companies looking to move or expand in Ireland will need to be aware of these differences. 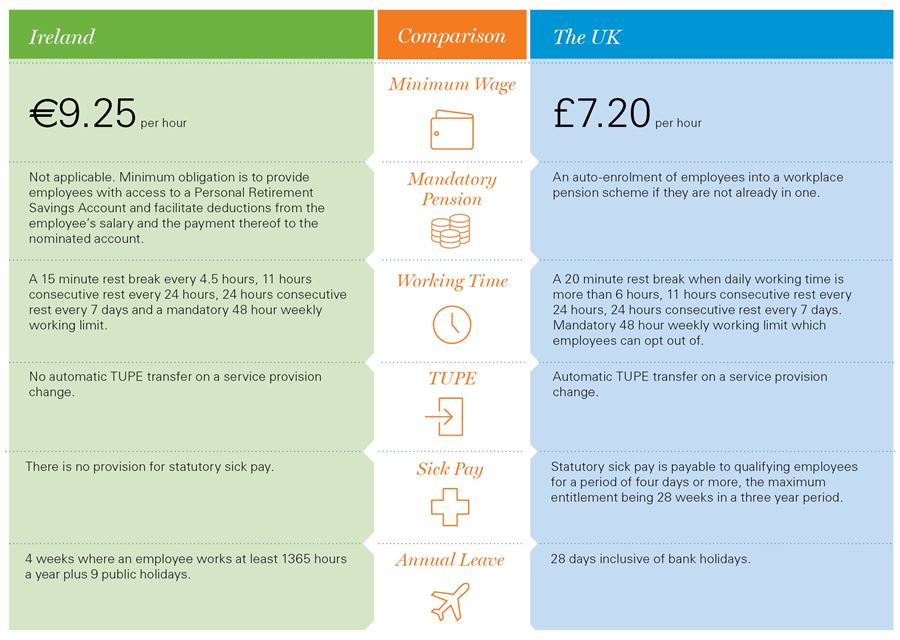 Employment Law Comparison between Ireland and the UK