New legislation will have implications for employers, as well as current and future employees.

The commencement on 29 April 2016 of the Spent Convictions Act 2016 (the Act) and the National Vetting Bureau Acts 2012 - 2016 (the Acts) represented a significant legal development in Ireland. This legislation now limits the convictions which individuals in Ireland can be required to disclose and places Garda, or police, vetting on a statutory footing.

Where a person aged 18 years or older was convicted of an offence and seven years have passed since the conviction, the conviction can be regarded as “spent” where the sentence imposed was for 12 months or less, the conviction was not for a sexual offence or for an offence which was tried in the Central Criminal Court.

The Act does not apply where a person has more than one conviction, except where the convictions arose out of the same incident. Multiple convictions for certain minor public order offences and minor traffic offences may also be regarded as spent. 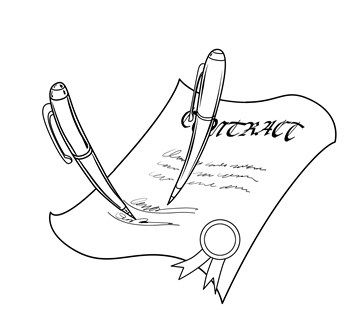 Requirements to disclose to employers

A person cannot be required to disclose a spent conviction to a current or prospective employer and cannot be penalised for not having done so. However, the application of the Act is limited in two cases:

Applicants are required to disclose all convictions where a person applies for, seeks, or is offered employment with State entities in areas such as law, state departments, financial institutions, the Gardaí (police) and Defence Forces. Convictions will never be treated as spent in these areas and must be disclosed.

2. Employment with children and vulnerable persons

The Act will also not apply to persons employed or seeking employment where that employment meets the definition of “relevant work”.

“Relevant work” is defined as any work or activity which is carried out by a person, a necessary and regular part of which consists mainly of the person having access to, or contact with children or vulnerable persons.

In this case, the non-disclosure provisions are more restrictive, meaning that all offences against the person and all serious convictions will be disclosed.

The Acts make it a statutory requirement for all organisations conducting relevant work with children and vulnerable persons to vet their prospective employees or volunteers prior to their commencing relevant work.

It is now a criminal offence for a relevant organisation to employ someone in advance of having received a vetting disclosure from the National Vetting Bureau (the Bureau).

The Acts allow for the disclosure of “specified information” in the context of a vetting disclosure.

Organisations which are obliged to notify specified information to the Bureau include the Health Service Executive (HSE), the Child and Family Agency (referred to as Tusla), the Teaching Council and other professional bodies.

Such information could arise following investigations by the HSE or Tusla into alleged child abuse or neglect, or as part of fitness to practise inquiries, where the investigations have concluded that a person poses a threat to children or vulnerable persons. A person can appeal against a decision to disclose specified information prior to its disclosure.

The usefulness of employee self-declaration forms to employers has been limited by the Acts.

Employers outside the areas of specified work and relevant work now need to consider adapting their recruitment procedures to take account of the changes to the requirements for applicants to disclose spent convictions. Employers who are involved with children and vulnerable persons need to ensure that employees and volunteers are vetted as appropriate.