An English County Court decision of Camelot Property Management Limited and another v Roynon 2017 serves as a useful reminder to owners that simply labelling an agreement as a licence may not prevent a user or occupant from successfully claiming tenancy rights. We look at the key concept of exclusive possession and how owners can minimise the risks of a licensee acquiring tenancy rights.

If a court determines that an agreement is more akin to a lease than a licence, this can have significant consequences for the owner. An occupant or licensee may be entitled to protections afforded by Irish landlord and tenant law. These can include statutory renewal rights, for example. This may entitle an occupant to remain in the premises for a further period beyond the period stated in the agreement. This can negatively impact on an owner’s ability to use its own premises. The most important aspect of a licence is that it does not transfer any estate or interest in the premises to the occupant. If a dispute arises as to the basis of a user’s occupation of a commercial premises, a court will not just look at the terms of the agreement and accept whatever label the parties have placed on the agreement. The court will look at the reality of the situation and the original intention of the parties to the agreement. 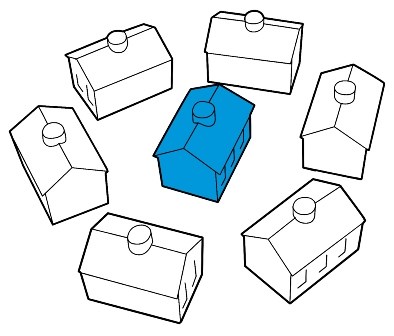 There are several elements that differentiate a licence from a lease. The distinguishing feature of a lease, as opposed to a licence, is “exclusive possession”. This is a well-established principle of Irish law.

An occupant (or licensee) must demonstrate that they have sufficient control over the premises to amount to “possession”. What amounts to “possession” will often depend on the facts of each case. In the Camelot decision, the English court was satisfied that, despite the agreement being labelled a “licence”, the nature of the defendant’s occupation overruled the terms of the licence. The court emphasised that the agreement did not allow the owner to relocate the occupiers, which would indicate that the occupier did not have exclusive possession.

How to minimise risk?

It is not sufficient to simply describe or label an agreement as a licence. The conduct of the parties on the ground must clearly reflect the terms of a licence instead of a lease. A comprehensive written licence agreement should be put in place which states that the occupant agrees that no tenancy rights arise.

A crucial factor for an owner is to demonstrate that they retain control over the premises. Some useful tips to remember include:

The consequences of a user’s occupation being construed as a tenancy can be serious for owners of commercial premises. Owners should ensure that the licence agreement is carefully drafted and that the activities of the user in reality comply with the terms of the licence agreement. Owners are reminded to make their presence at the premises known!

For more information on commercial property licences and related matters, please contact a member of our Real Estate team.