The Irish Government’s Legislative Programme for Autumn 2017 was recently published, with a total of 131 proposed new Bills. The Programme includes 28 priority Bills scheduled for publication during this session, as well as a further 30 Bills which are expected to undergo pre-legislative scrutiny.

In addition to Bills which the Government intends to publish in the coming months, there are a further 24 Bills currently before the Dáil and Seanad, the lower and upper houses of the legislature, respectively. Several of these Bills have been identified by the office of Government Chief Whip as being a priority for the Government this term. Among these are a number of important Bills that are expected to have a substantial impact on the Irish legal system.

The most significant legislation due to be published or enacted is summarised below: 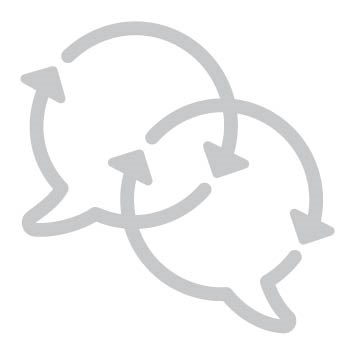 Data Protection Bill – This Bill will transpose the EU Directive 2016/680 and give full effect to the Regulation 2016/679 (GDPR). Its publication will provide welcome clarity to those working to ensure compliance in advance of the GDPR deadline of 25 May 2018. Learn more about GDPR here.

Regulated Health Professions (Amendment) Bill – This Bill will make a number of amendments to legislation regulating the dental, nursing, social care, pharmacy and medical professions, including provision for the amendments required by the transposition of Directive 2013/55/EU, which includes changes to the recognition of the professions regime across the EU, and changes to the agreed minimum training conditions.

Criminal Justice (Corruption Offences) Bill – This Bill will replace outdated legislation, meet international commitments to the Council of Europe, OECD and UN, and give effect to some Mahon Tribunal recommendations. The Bill seeks to strengthen the penalties for corruption, reflecting the damage it can do to society and the economy.

Insurance (Amendment) Bill – This Bill will amend the Insurance Act 1964 in order to implement the recommendations of the Review of the Framework for Motor Insurance Compensation in Ireland Report.

Priority Bills currently before the Dáil and Seanad

Public Health (Alcohol) Bill – This Bill will introduce a number of radical new restrictions on how alcohol is marketed and sold, including sponsorship restrictions, minimum pricing and additional health labelling requirements.

Civil Liability (Amendment) Bill – This Bill will allow for the making of Periodic Payment Orders (PPOs) by the Courts to compensate injured parties in cases of catastrophic injury requiring long-term, permanent care.

Judicial Appointments Commission Bill – This Bill will establish a body to provide for the making of recommendations for appointments to the judiciary, to include lay members, the proportion of which has already been the subject of much debate.

Enactment of even some of this legislation will have a large regulatory impact on organisations in a number of sectors. Those particularly affected will include members of the insurance industry and any organisation engaged in the collection or processing of personal data.

We will continue to provide you with updates on the progress of these and other Bills through the Houses of the Oireachtas. If you wish to discuss how the above legislation may impact you or your business, please contact a member of our Public & Administrative Law team.