A recent case before the Supreme Court, Connelly v An Bord Pleanála & Ors [2018] IESC 31, concerned the application for permission for a wind farm development consisting of six turbines which was initially turned down by Clare County Council in 2011, but was later granted permission in 2014 as a result of an appeal to the Planning Board. Ms Connelly, a local resident, then brought judicial review proceedings challenging the Board’s decision. The High Court ruled in favour of Ms Connelly and quashed the Board’s decision. The Board applied to the Supreme Court and was granted leave to bring a leapfrog appeal direct to the Supreme Court.

The central issue before the High Court and Supreme Court was whether adequate reasons were given by the Board in its decision (the Decision). In the Decision, the Board stated that it was satisfied that the information before it was adequate to undertake an Environmental Impact Assessment (EIA) and an Appropriate Assessment (AA) for the proposed development.

The Supreme Court observed that the legal requirements which relate to different types of decisions can vary significantly depending on the circumstances. In certain decisions, a decision maker may be required to determine whether very precise criteria are met, while other decisions will involve much broader considerations and a level of judgment on the part of the decision maker. 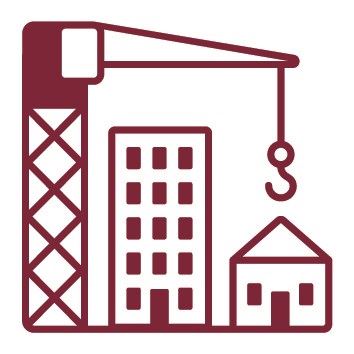 The purpose behind reasons

The court identified two separate but closely related requirements at national law regarding the adequacy of any reasons:

The application of these requirements will vary greatly from case to case.

Where can the reasons be found?

The reasons for a decision may be obtained in a number of ways. These can include those garnered from a range of documents, from the context of the decision, or in some other way. However, this is always subject to the requirement that the reasons must actually be ascertainable and capable of being determined.

In a case to which the environment impact assessment (EIA) regime applies, even though the general principle remains the same, the decision must be sufficiently clear to enable any interested party to consider whether they may have grounds to challenge the decision on the basis that an adequate EIA had not been conducted. This requires that the decision, or other relevant and connected materials available to any interested party, must demonstrate that an EIA was carried out and that the decision maker properly had regard to the results of the EIA in coming to its conclusion.

In order for a valid appropriate assessment (AA) to have been conducted, there must be a precise identification of the potential risks and precise scientific findings to allay any fear of those risks coming to pass.

This aspect is not, strictly speaking, a reasons issue. The issue concerns the validity of an AA decision which gives jurisdiction to the Board to grant permission. There must be complete, precise and definitive findings and conclusions which support the ultimate conclusion.

The Supreme Court concluded that the trial judge imposed too exacting a standard on the Board in respect of the obligation under national law to give reasons. The Court was satisfied that the reasons given were adequate to enable any interested party to know why the Decision was made to grant development consent and to consider whether there was any legitimate basis for seeking to mount a challenge.

The Court was also satisfied that the Decision and any other materials which were either expressly referred to in it, or can be taken by necessary implication to form part of the reasoning, provide adequate information to enable any interested party to assess whether an appropriate EIA had been carried out.

Neither the Decision itself nor any other materials which were expressly referred to in the Decision, or must be taken by necessary implication to form part of the process leading to the ultimate determination of the Board, can be shown to contain the sort of complete, precise and definitive findings which would underpin a conclusion that no reasonable scientific doubt remained as to the absence of any identified potential detrimental effects on a protected site having regard to its conservation objectives. Findings such as these are a necessary pre-condition to the Board having jurisdiction to grant development consent in a case where it is determined that an AA is required. Accordingly, the Court held that the permission granted in this case must be quashed.

In relation to the other issues raised in the appeal, the Supreme Court reversed the judgment of the High Court.

For more information and expert advice on seeking planning consent for your development, contact a member of our Planning & Environment team.