Welcome to the 36th issue of MHC Times. In this issue, we take an in-depth look at what Ireland has to offer, and some recent legal developments which may affect international companies operating in Ireland.

My New Year’s reading this year was about hyper-inflation and the collapse of the German economy in 1923. This made me slightly better informed than usual to consider the European Central Bank’s introduction of its own brand of quantitative easing. My conclusion: its objective of stimulating eurozone growth is obviously laudable; its chances of success uncertain; and its other side-effects unknown. So we’d better stick to our knitting!

For Ireland, sticking to the knitting means capitalising on our remarkable financial recovery by remaining competitive, retaining fiscal discipline and continuing to internationalise our small open economy. The work done in attracting foreign business to Ireland and supporting Irish business abroad must continue unabated.

Like many other Irish professional service firms, we play an active role in explaining the Irish proposition to foreign business, thereby energetically supporting the government policy of promoting Ireland as the best small country in the world in which to do business. The ability of our lawyers and others to explain to US and other foreign corporates the benefits of establishing in Ireland, and using Ireland for a platform for European business, has been a real contributor to Ireland’s return to growth.

In particular, direct investment from the US has increased in recent years. As highlighted in my interview with US Ambassador to Ireland, Kevin O’Malley, in the five year period beginning in 2008 and ending in 2012, US firms invested more capital in Ireland than in the previous 58 years combined. We also learned from Ambassador O’Malley that these interests are reciprocated, as Ireland is now the 8th largest investor in the US - an impressive statistic given our population and size.

Ireland’s focus on international business is also proving to be both intelligent and sensitive. Intelligence is probably best exemplified by our approach to the tech sector, with leading Irish business organisation Ibec reporting that all 10 of the top 10 global technology companies and all 3 of the top 3 enterprise software companies operate in Ireland. Sensitivity is exemplified by our approach to OECD concerns by the removal of the basis for the “Double Irish” tax structure, but coupling this change with the affirmation of our 12.5% corporation tax rate. The ability to use Ireland’s 12.5% tax rate for all forms of intellectual property income remains a real attraction, particularly as it remains to be seen if tax-incentivised “patent boxes” are indeed an acceptable form of international tax planning.

Happily for us, 2014 was a year of rapid growth. We acted in more and larger real estate, banking and corporate transactions than ever before. We continued our growth in dispute resolution and copper-fastened our position as Ireland’s leading privacy and information law practice. Our rankings in Chambers and Legal 500 across a number of disciplines continued to improve. We won Irish Law Firm of the Year and we had 64 new hires.

For us, sticking to the knitting means an unwavering commitment to our core proposition of consistently providing excellent, contextually informed, legal advice and service, which is responsively delivered in plain language. We are determined that our successes in 2014 will not make us complacent. Rather, they sharpen our appetite for further growth and development. I hope 2015 brings success and happiness to all our readers. 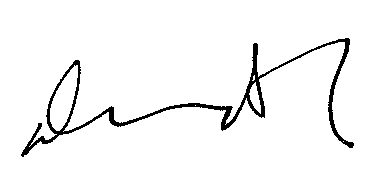