Looking into the Future: Ireland, Brexit, Trump and More…

Managing Partner Declan Black looks to the future to see what 2017 might bring and imagines two competing scenarios.

It’s July 2026 and Ireland has just assumed the rotating presidency of the EU. The key issue for the Irish presidency will be negotiating the terms of the application for entry by the United Kingdom of England and Wales. The Liberal party’s landslide victory has given it the mandate to bring England and Wales back into the EU where it would join the independent Scotland and a united Ireland as full members. The separation of Scotland from the UK which happened in 2020 and the reunification of Ireland following border polls triggered by the Good Friday Agreement in 2021 are old memories now.

Ireland has warmly greeted a surge in migration from continental Europe taking advantage of its high-tech green economy and unrivalled opportunities for rural community-based yet connected living in a temperate climate. The new arrivals will further boost the State’s finances and improve our ageing demographics. Both the migrants and locals love our modern housing stock which Ireland achieved through its enlightened planning and building programme which ran from 2020 to 2025. A full 40% of workers in Ireland are self-employed, 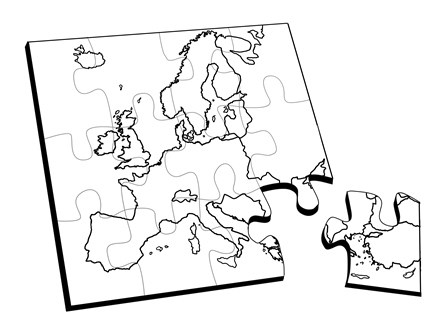 operating by choice as contractors and achieving a blissful work/life balance in revitalised rural towns.

New US President Mark Zuckerberg is about to visit to mark the 15 year anniversary of the establishment of Facebook’s Irish operations. He will also sign a major series of agreements between the US and EU underpinning a multilateral consistent approach to corporate tax and, separately, the use of big data to enhance security by identifying and remediating areas of social deprivation which could give rise to the type of unrest which lead to the epidemic of terrorism experienced in the West from 2018 to 2020.

As Ireland assumes the EU presidency in July 2026, its sole task will be to oversee the final dissolution of the Union.  In the UK, Prime Minister Farage has just announced legislation banning migration from Ireland and deporting those who arrived in the last 3 years as the exodus from a depressed Ireland has resulted in a wave of anti-Irish sentiment in the UK exacerbated by renewed violence from nationalists and unionist extremists from Northern Ireland.

In Ireland, there is some hope that President Pence will permit a larger than usual quota of Irish migrants enter the US anxious to take up manufacturing jobs in the rust belt and happy to pay the 15% special tax on remittances of income to foreign jurisdictions. Ireland’s main employer, the National Interest Management Agency (NIMA) is considering a scheme to make the west of Ireland more profitable for farming by taking all the stones out of the fields to build roadside walls. However, it is likely that a series of strikes by the truck drivers employed by NIMA will frustrate this. Meanwhile in Dublin, the short-lived boom caused by the relocation of Russian companies to Ireland attracted by the special 1% tax rate has ended following a directive from President Putin that such enterprises must now be established in the western Russian province formerly known as Ukraine.

The wall around Afghanistan, Syria, Iraq and Iran is 60% complete. It remains to be seen whether the scheme of deducting the cost of building the wall from the permitted oil exports will be effective.

So which is it to be? As ever, the outcomes are determined by the choices made by people and politicians now. Will short-term, narrow self-interest prevail over a medium term collective approach?  We will see in 2026 but the direction will likely be set in 2017.