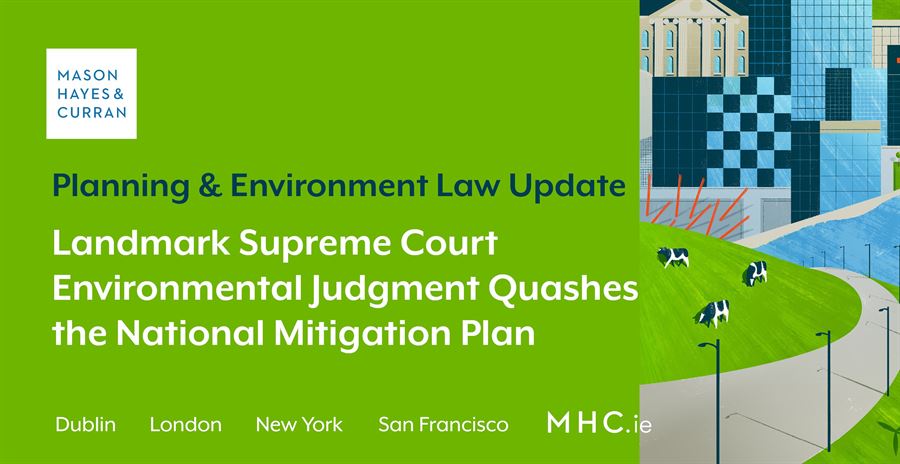 A landmark Supreme Court judgment given on 31 July 2020 quashes the National Mitigation Plan (the “Plan”) as it is non-compliant with the Climate Action and Low Carbon Development Act, 2015 (the “Act”). The Plan does not contain the specificity required for appropriate transparency in order to comply with the Act. This means the government will now need to pass a new Mitigation Plan in compliance with the Act. This new plan needs to have appropriate specificity to ensure that we meet our objective of transitioning to a low carbon climate resilient and environmental sustainable economy by the end of 2050.

In coming to this decision, the Supreme Court found that Climate change is already having a profound environmental and societal impact in Ireland and is predicted to pose further risks to the environment in the future, both in Ireland and globally. The Court, in its judgment, drew attention to the fact that the science on climate change was agreed between the parties.

“a plan formulated under its provisions does certain things, then the law requires that a plan complies with those obligations and the question of whether a plan actually does comply with the statute in such regard is a matter of law rather than a matter of policy.”

Therefore, a question of whether the Plan meets the specificity requirements in the Act is justiciable. The Court noted that it had quashed the Plan on a substantive review rather than a merely procedural review.

The Court considered whether an un-enumerated right or “derived right” to a healthy environment is contained in the constitution. The Court concluded that although interplay of existing constitutional rights might give rise to specific obligations on the part of the State in particular circumstances, a separate right to a healthy environment does not exist. This right does not exist insofar as it does not extend beyond the right to life and the right to bodily integrity. Having a right beyond these existing rights would be deemed to be excessively vague and ill-defined.

The Supreme Court quashed the current National Mitigation Plan. This leaves a vacuum which will require the government to draft a new plan that complies with the provisions in the 2015 Act. In particular, such a plan needs be sufficiently specific to allow for appropriate transparency. This will allow the public to see if the plan is appropriate and sufficient to meet our objective of transitioning to a low carbon climate resilient and environmentally sustainable economy by the end of 2050.

For more information, contact a member of our Planning & Environmental team. 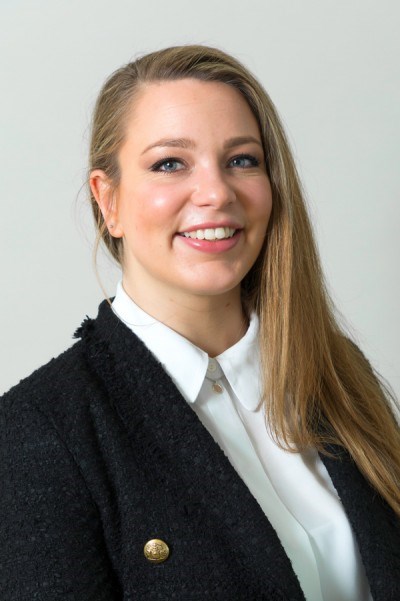 The Return to the “New Normal” in the Irish Planning System