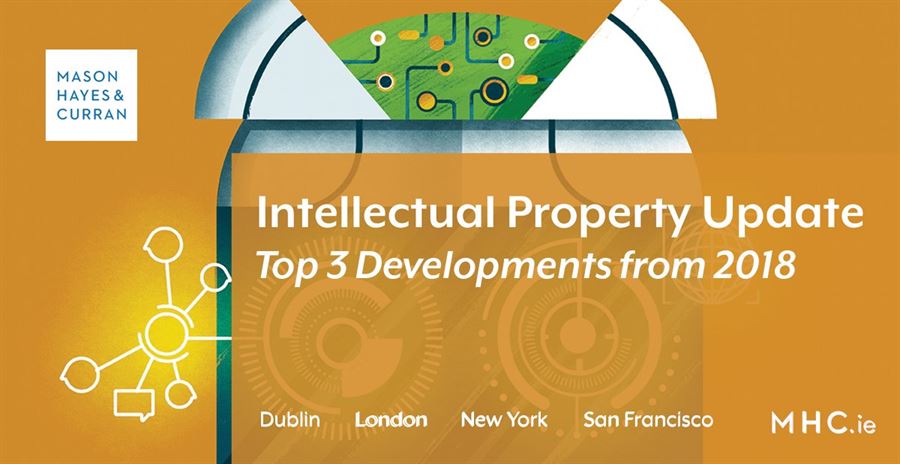 We have chosen one development from 2018 in copyright, patents and trademarks and reviewed their likely impact on the IP litigation landscape in 2019.

In September 2018, the EU Parliament adopted the EU Commission’s proposal for a revised Copyright Directive. The new directive aims at reforming the laws on copyright and utterly transforms the business model of large online content sharing service providers. The proposal is having a divisive polarising effect on its supporters and critics, with internet legend Time Berners-Lee calling it "an imminent threat to the future" of the internet.

We discuss the likely impact of this proposal in greater detail here. 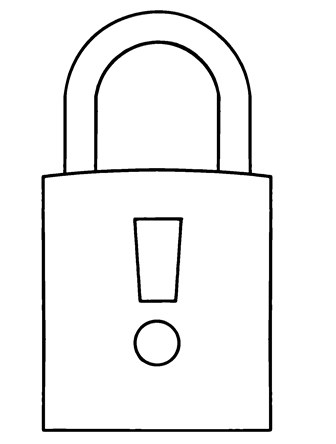 In late July 2018, the Irish Commercial Court stayed the hearing of patent revocation proceedings between Eli Lilly and Eisai pending the determination of European Patent Office (EPO) opposition proceedings. However, contrary to previous case law on the subject, the Court did not stay the proceedings in their entirety and instead allowed the parties to proceed with the exchange of pleadings and trial preparations, only the hearing would be stayed.

The Court acknowledged the risk of wasted costs in circumstances where the matter may be resolved before the EPO. The Court also noted that a strong public interest existed in ensuring that the risk of any delay in supplying a potential treatment for Alzheimer’s disease should be minimised. Earlier case law was distinguished on the basis that it did not concern potentially ground-breaking treatment. These considerations were found to significantly outweigh the plaintiff’s concerns as to costs.

The Court suspended the trial until late 2019 but ruled that the pre-trial steps should be carried out in advance of this date. This decision is noteworthy as, in effect, the public interest in bringing the matter on for trial was not considered to outweigh the potential wasted costs if the patent was revoked centrally at the EPO.

Crunch time for Kit-Kat as CJEU finds against Nestlé

On 25 July 2018 the Court of Justice of the European Union (CJEU) handed down its decision in the long-running dispute over the registration of the shape of Nestlé’s KIT KAT chocolate bar.

In its decision, the CJEU confirmed that it was possible to prove acquired distinctiveness throughout the EU without necessarily citing evidence for each individual Member State. For example, economic operators may have grouped several Member States together in the same distribution network and have treated those Member States as if they were one and the same national market, especially for marketing strategy purposes. However, in this case, Nestlé had not proved that the mark had in fact acquired distinctiveness throughout the EU and the European Union Intellectual Property Office (EUIPO) was asked to re-consider whether the mark was validly registered. This served as an important reminder to all EU trade mark holders to ensure that sufficient use of their mark is being carried out across the EU.

IP is an ever changing and adapting body of law and 2018 was an example of this. The introduction of the new Copyright Directive marks a significant change in traditional copyright law as we know it. Although the High Court expressly recognised the public interest in minimising delays where medical treatment is concerned, it was not compelling enough for the Court to allow the trial to proceed and this will be a disappointment to many in the health sector. It is not uncommon for certain drugs and, in particular, generic alternatives or biosimilars, to be the subject of extended patent litigation. Finally, the Kit-Kat case is a good example of how IP decisions have the potential to directly impact the design and branding decisions of some of the world’s largest entities.

Anticipated decisions in 2019 include the substantive hearing of the Gilead/Teva/Mylan SPC litigation in April 2019. This case will be the first SPC validity hearing to go to trial in Ireland and will bring further discussion and clarity surrounding the validity of an SPC under Irish and EU law. Another highly anticipated decision is the Supreme Court appeal in DPC/Schrems, which is due to be heard in January 2019. This decision will determine whether a reference should be sent to the CJEU concerning the transfer of data outside the EU by way of contractual clauses.

For more information, contact a member of our Intellectual Property team.

Intellectual Property Update: Spread The Word – ‘Taste Of Food Products’ Off the Menu for Copyright Protection

Intellectual Property Update: Celebrations for Aldi as Use of ‘Champagne’ Sorbet Product Allowed