The long-awaited Assisted Decision-Making Capacity Act 2015 (ADMCA) makes far-reaching changes to the law relating to capacity in Ireland. The ADMCA is underpinned by the principle that people with impaired capacity should be supported as far as possible in their decision making. A limited number of sections have been implemented to date. These mostly relate to definitions and the appointment of the Director of the Decision Support Service (DSS). The remit of the DSS will be to inform the public about the ADMCA, and about the supports available through the DSS to those who require assistance with their decision-making. 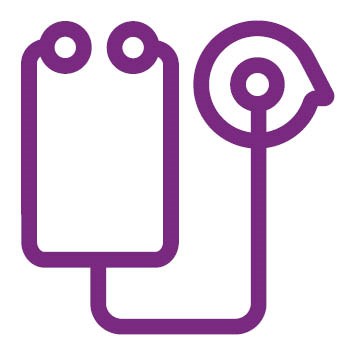 The DSS will establish and maintain panels of suitable people willing to act as decision-making representatives, court friends and special and general visitors. The appointment of the Director of the DSS was recently made and it is understood that the necessary steps towards the establishment of the DSS are at an advanced stage. The important work of drafting some of the regulations under the ADMCA is also understood to be underway together with the drafting of Codes of Practice required under the ADMCA. A national implementation programme has been developed to support staff and prepare services for full integration of the ADMCA.

The key changes introduced by the ADMCA include:

The Mental Health (Amendment) Bill, which was passed by the Dáil in July 2017 and is now at Committee stage in the Seanad, proposes certain reforms. These reforms implement some of the recommendations contained in the Expert Group Report 2015, which reviewed the Mental Health Act 2001 (2001 Act).

The key provisions of the Bill include:

It should be noted that key recommendations of the Expert Group are not addressed in the Mental Health Amendment Bill and there have been calls for more comprehensive amendment of the 2001 Act to address in particular:

As matters stand, there are a number of inconsistencies between the ADMCA and the 2001 Act, particularly in the approach to addressing capacity. The 2001 Act operates on the “best interests” basis. In contrast, the ADMCA introduces a long list of applicable principles and aims to give effect to the “will and preference” of the person. The Mental Health (Amendment) Bill proposes to resolve this issue.

There is a political will to press ahead with the commencement of the ADMCA, not least of all due to the obligation on Ireland to move towards ratification of the United Nations Convention on the Rights of Persons with Disabilities. The ADMCA has received broad approval, although deficits have been identified. The Mental Health Commission has made the ADMCA a priority area in their 2017 Business Plan. In addition, the Department of Justice has allocated €3 million to support the DSS in the 2018 Budget. The recent appointment of the Director of the DSS adds further impetus given the range of statutory functions delegated to that office holder.

It will be interesting to monitor the progress of the Mental Health Amendment Bill as the ADMCA reforms become a reality.

For more information on the implementation of the ADMCA, please contact a member of our Healthcare team.