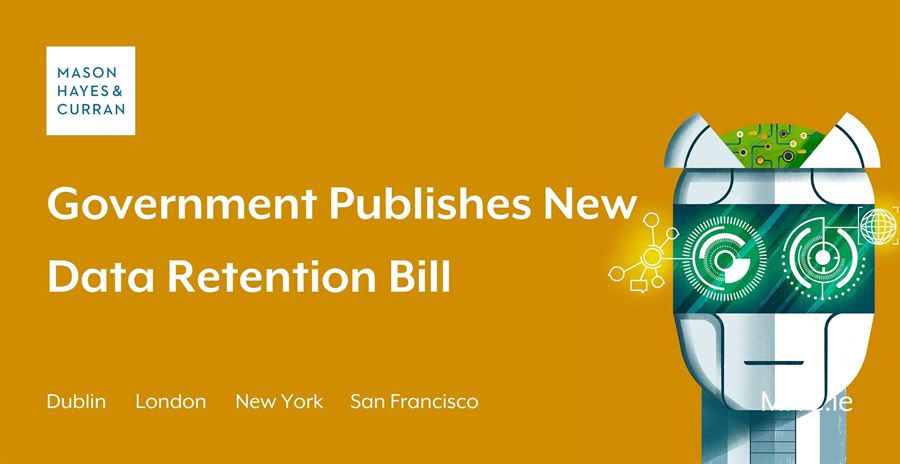 On 3 October 2017, the Irish government published the general scheme of the Communications (Retention of Data) Bill 2017 (the Bill). The Bill is a response to recent judgments of the Court of Justice of the European Union (the CJEU), specifically the 2014 Digital Rights Ireland case and the 2016 Tele2/Watson case.

In 2014, the Digital Rights Ireland case was referred from the Irish High Court to the CJEU for a preliminary ruling on the validity of the EU Data Retention Directive 2006/24/EC (the Directive). In Ireland, the Directive was transposed into law by the Communications (Retention of Data) Act 2011 (the 2011 Act).

The Directive introduced laws compelling the storage of telecommunications data. It required the collection and retention of traffic and location data by companies such as mobile and broadband providers for a period of up to two years.

Further, the Directive was silent as to the retention period for this type of data. While fundamental rights can be limited in circumstances where the limitation is necessary and proportionate to the objectives sought, the Directive did not comply with this principle.

In 2015, the European Parliament’s Legal Services published an opinion setting out specific guidance for legislating in the wake of the Digital Rights Ireland decision. The European Commission subsequently confirmed that “the decision of whether or not to introduce national data retention laws is a national decision”.

In late 2016, the CJEU delivered a ruling in the Tele2/Watson case, again holding that Member States cannot implement laws that require communications service providers to carry out general and indiscriminate retention of relevant data. The CJEU also held that any retained data can only be accessed by law enforcement agencies in specific limited circumstances. This judgment has significant implications for the UK Investigatory Powers Act 2016.

The Bill will replace the 2011 Act. It will set down limitations to the retention and access to data by law enforcement agencies. The Minister for Justice and Equality (the “Minister”) has acknowledged that the Bill takes account of the evolving case law of the CJEU and it takes account of the shortcomings identified in Digital Rights Ireland. The Bill is yet to be fully fleshed out and is currently set out under ‘Heads’ in draft form. It is likely to undergo amendments before it becomes law.

The highlights of the Bill are set out below:

The Bill remedies many of the shortcomings of the 2011 Act, taking account of the Tele2/Watson and Digital Rights Ireland judgments. Any limitations on fundamental rights of privacy and personal data contained in the Bill are justified on the basis that they only go as far as is necessary and proportionate, unlike under the Directive and the 2011 Act.

Communications service providers should ensure to keep updated on the developments of the Bill. Once the Bill becomes law, it will be crucial for service providers, who are subject to the updated rules, to analyse their internal processes and implement compliant policies and procedures. With the GDPR allowing for significant fines for failure to comply with data retention and deletion obligations, these providers should ensure strict compliance with the new retention rules once published.