Recently, there have been legislative developments in Ireland and at EU level to combat white collar crime.

Key developments include the: 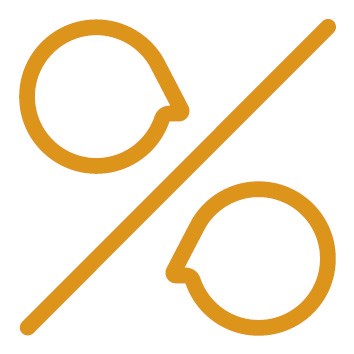 In May 2018, the long-awaited Criminal Justice (Money Laundering and Terrorist Financing) (Amendment) Bill 2018 was published. The Bill proposes to enact into Irish law most of the provisions of the 4th Anti-Money Laundering Directive (4AMLD) and to amend the existing legislation in this area.

While the Bill does not transpose all of the required provisions of 4AMLD, it transposes most of them. Therefore, once the Bill is law in Ireland, it will:

Absent from the Bill, however, is one key aspect of 4AMLD. The missing element is the establishment by Ireland of central register of beneficial ownership. 4AMLD sets out that a central register should be created and made accessible by:

The press release issued by the Irish Government advises that the part of the 4AMLD dealing with central registers will be separately transposed. It is understood that, due to the 5th Anti-Money Laundering Directive (5AMLD) not being settled at the time of the press release, a decision relating to the levels of public access to the Irish central register would not be made until the approach had been finalised at EU level.

Approval of text of 5AMLD

In mid May 2018, the European Council adopted 5AMLD strengthening EU rules to prevent money laundering and terrorist financing. The European Parliament had approved the text in April 2018 and the text was adopted without discussion by the Council.

The Directive will be sent for publication in the Official Journal of the European Union and will enter into force 20 days after publication of the final text in the Journal. Member States will then have up to 18 months to transpose the new 5AMLD requirements into legislation.

5AMLD broadens access to the central register of beneficial ownership of companies to any member of the general public in addition to competent authorities, Financial Intelligence Units (FIUs) and other obliged entities. Under the previous directive, a person other than a competent authority, FIU or obliged entity would have had to demonstrate a legitimate interest to allow it to access the register. This means that when the 5AMLD becomes law in Ireland, any member of the general public will have access to the information on the central registers of beneficial ownership.

Member States will be required to put mechanisms in place to ensure that the information held on the central register is adequate, accurate and current. This includes requiring obliged entities to report any discrepancies they find between the information that they hold and the information on the register following any due diligence that has been carried out. If appropriate, the requirement to report discrepancies may be extended to competent authorities.

At the end of May 2018, it was announced that both Houses of the Oireachtas, Ireland’s legislature, had passed the Criminal Justice (Corruption Offences) Bill 2017. The 2017 Bill is a major piece of reforming legislation as it repeals a raft of archaic laws currently in place in Ireland.

Once enacted, the 2017 Bill will introduce new offences. The main offences are:

The 2017 Bill also creates a strict liability offence for a body corporate if an offence is committed by an officer, director, employee or agent of a company which benefits the company. A company may only rely on the defence that they took "all reasonable steps and exercised all due diligence to avoid the commission of the offence". This is an onerous standard to meet.

It also places criminal liability on senior officers of a company for offences committed by a company with the consent of the individual or their wilful neglect.

The 2017 Bill covers corrupt acts committed by an Irish company which take place outside the State or by a non-Irish company within the State. In addition, Irish citizens and officials who commit acts of corruption outside of Ireland may be prosecuted in Ireland where their acts constitute an offence in the country in which they were committed.

The bar is being set high for Irish companies to combat anti-money laundering, corruption and terrorism. However, the introduction of this legislation and the compliance of Irish companies with it will serve to promote Ireland as an open and efficient place to do business.

For more information on the scope of the new legislation and how your company can achieve compliance, contact a member of our Corporate Governance & Compliance team.