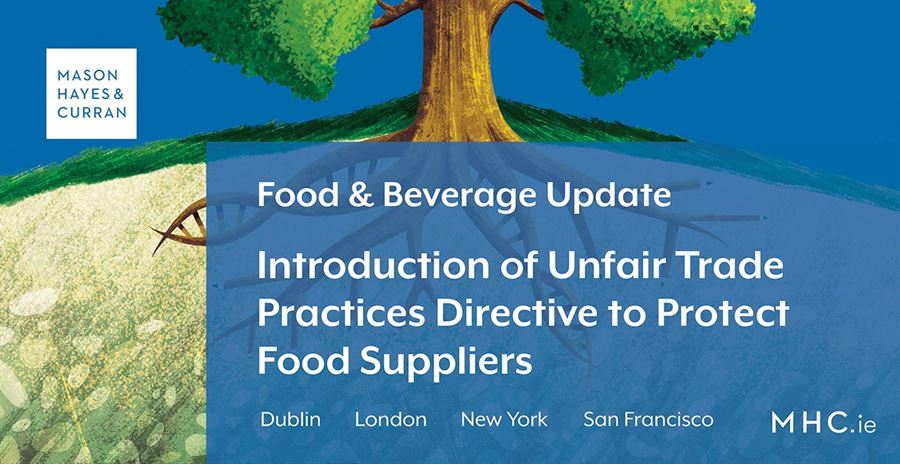 The EU published the Unfair Trading Practices (UTP) Directive in April 2019. It aims to protect small and medium sized food suppliers against an economically stronger buyer. Ireland must implement this into its national law by April 2021.

Ireland already has similar regulations protecting food and drink suppliers against UTPs, which are described in some detail here. However, these need several changes to fully implement the new UTP Directive, and a lowering of the turnover threshold for buyers that will be affected from €50 million, as per the Grocery Goods Regulations 2016, to €2 million. 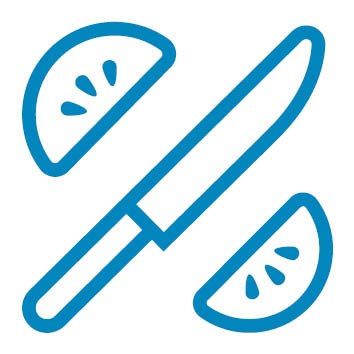 Aim of the UTP Directive

The protection of food producers and food security are key concerns of the EU, and accordingly were the motivating factors for the introduction of the UTP Directive. The agri-food supply chain is unusual in that small food producers often transact with large and powerful buyers. This can result in an imbalance of bargaining power. The aim of the UTP Directive is to give protection to small and medium sized food suppliers, allowing them to rely on conditions of fair and effective competition when producing food to the high standards required by the EU.

The UTP Directive bans or restricts 16 trading practices in business-to-business contracts in the food supply chain.

The UTP Directive takes a broad view of who is a supplier, including farmers and primary producers, food processors, distributors and wholesalers, farmers’ cooperatives and other producer organisation, as well as similar sellers located outside the EU.

Buyers are retailers, wholesalers, and also include food processors and farmers’ cooperatives when buying from primary producers. Buyers located outside the EU are also caught by the UTP Directive where the seller is in the EU.

The UTP Directive only protects suppliers with relatively weaker bargaining power. It is not absolute size that matters, only the difference in size between supplier and buyer. The UTP Directive uses a “step-up” approach based on turnover figures.

By contrast, the Grocery Goods Regulations 2016 do not take a stepped approach. They apply regardless of the size or turnover of the supplier, and apply only if the buyer has an annual worldwide turnover of more than €50 million in those goods.

The 10 “black” trading practices - prohibited in all circumstances - are:

The 6 “grey” trading practices prohibited unless clearly agreed in advance are:

Under the Directive, Member States will have to designate a new or existing authority to enforce the prohibitions contained in the Directive. The minimum enforcement powers of the authority are to include:

The Grocery Goods Regulations 2016 gave enforcement powers to the CCPC. It is likely that the CCPC will also be appointed as the enforcement authority for the UTC Directive, although there have been reports of opposition to this on the basis of lack of resources and familiarity with the agricultural sector.

What does this mean for suppliers and buyers?

The UTP Directive will apply to a significant number of food supply contracts that were not caught by the Grocery Goods Regulations 2016 – for instance buyers with a turnover of between €2 million and €50 million will now be within scope when they purchase from a supplier who is relatively smaller.

All buyers should carefully review their food purchase arrangements to remove the 10 blacklisted practices, and draft clear and unambiguous terms if they want to lawfully include any of the 6 "grey" prohibitions in their purchase contracts.

Suppliers should familiarise themselves with the new protections available, and review their trading arrangements with buyers so as to improve their trading position.

And both suppliers and buyers will need to find out the turnover of the organisations they are trading with, so as to know whether their contracts are protected by the UTP rules.

For more information on the likely impact of the Directive on your business, contact a member of our Food, Beverage & Agriculture team.

[1] Note that the Grocery Goods Regulations 2016 ban making a supplier pay for advertising or displaying of grocery goods in the retailer’s premises, even where agreed in a contract in advance. As the UTP Directive is a minimum harmonisation measure, Ireland can retain this higher level of protection for suppliers.