What is a penalty clause?

Parties to a contract often agree that, in the event of a breach, the party that has committed the breach must pay the other party a specified sum of money. However, that sum may be deemed a penalty by the courts if it breaks the common law rule on penalties. The rule against penalties and the unenforceability of penalty clauses originated in courts which sought to prevent exploitation of borrowers during a time when credit was not as easily accessible as it is today and borrowers were particularly vulnerable.

Launceston Property Finance Limited v Burke [2017] IESC 62 (Burke) involved an appeal by a married couple of a decision and subsequent order of the High Court for the possession of two properties by Anglo Irish Bank. The couple had entered into a number of loan transactions on which they defaulted. The loans were secured against the repossessed properties in question. The borrowers appealed on four grounds. One reason offered was that certain fees charged were excessive and as a result amounted to a penalty. Although the appeal was unsuccessful on all four grounds, Mr Justice McKechnie made some interesting comments on the rules for determining whether a sum stipulated in a contract is a ‘penalty’ and would, as a result, be unenforceable.

The Traditional Test vs. the New UK Approach 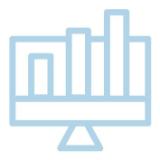 Until recently the test applied in Ireland and in the UK had been whether the amount payable was a genuine pre-estimate of the probable loss of the innocent party caused by the breach of a contract. If it was not a genuine pre-estimate, then the clause would be unenforceable. The Supreme Court in the UK recently decided not to apply this test in Cavendish Square Holding BV v Talal El Makdessi [2015] UKSC 67 (Cavendish). The court determined that the proper test was whether the clause amounts to an additional secondary obligation which imposes detriment on the party in breach out of all proportion to any legitimate interest of the innocent party. In order for the penalty to be enforced, the amount:

The Cavendish test is arguably a less rigid test, which should lead to fewer clauses being struck down as penalties in the UK.

In the recent Irish case of Sheehan v Breccia [2016] IEHC 67 (Breccia), the High Court continued to apply the traditional test. While the High Court in Breccia did consider the test applied in Cavendish, it chose not to apply it. Instead, the High Court suggested it would be a matter for an appellate court to determine whether the Cavendish test should be adopted in Ireland in future cases.

Mr Justice McKechnie was of the view that the Supreme Court was not required to determine whether the relevant clauses amounted to a penalty in Burke. However, he accepted in “obiter” comments, i.e. remarks which are not necessarily binding for future decisions of the Irish courts, that the starting point for an assessment of the law on penalty clauses remained the English House of Lords decision in Dunlop Pneumatic Tyre Co. Ltd. v New Garage and Motor Co. Ltd. [1915] (Dunlop). He also acknowledged that this had been subsequently endorsed by the Irish Supreme Court and applied by the Irish Courts since then. While there was an acknowledgement in his comments that there had been a divergence between the Irish and UK jurisdictions as a result of Cavendish, he was not convinced that a change to the traditional test would be necessary in Ireland. Ultimately, he was not fully satisfied that the Cavendish test was a superior one.

A decision by an appellate court in Ireland on penalty clauses has been awaited since the judgement in Breccia. While Burke was heard by an appellate court, it remains unclear whether Cavendish will be followed in Ireland. Although Mr Justice McKechnie’s comments were not binding, they may be considered by the Court of Appeal when it hears the appeal in Breccia later this year. Should the test in Cavendish be adopted by the Irish courts, this would be a less rigid test for parties seeking to argue that such clauses are enforceable.

For more information on penalty clauses, contact a member of our Financial Services team.