As an early step towards the Capital Markets Union, the European Commission’s proposed changes to the prospectus regime are expected before the end of 2015. In anticipation of their proposal, we provide an overview of the requirements of the Prospectus Directive and consider changes that could make it easier and less expensive to raise capital.

Progress has been made since publication last February of the European Commission’s Green Paper on Building a Capital Markets Union. On 30 September 2015, the Commission launched its Action Plan setting out the building blocks for putting the Capital Markets Union in place by 2019. One of the first building blocks is the modernisation of the prospectus regime and proposed changes are expected before the end of the year.

The Prospectus Directive sets out the requirements for the drawing up, approval and distribution of the form of prospectus to be published when transferable securities are being offered to the public or admitted to trading on a regulated market, for example, on the Main Securities Market of the Irish Stock Exchange. 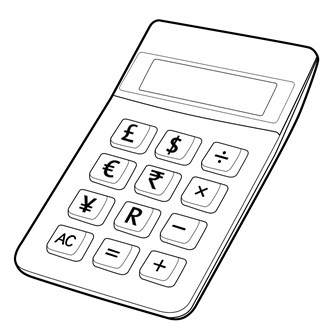 A prospectus must contain all information which is necessary to enable investors to make an informed assessment of:

The drafting of a prospectus is a complex and time-consuming task, typically running to hundreds of pages. For investors, according to the European Commission (the"Commission"), the results can be excessively detailed and the information critical for investment hard to discern.

In 2010, a proportionate disclosure regime with lighter information requirements was introduced for certain issuers, including SMEs. However, there has been little take up on this regime as, according to the Commission, it has been perceived as too burdensome. The Commission therefore is considering a newly cast lighter regime for SMEs and companies with “reduced market capitalisation”.

Exemptions to the Prospectus Directive

A prospective issuer of securities can save significant time and expense where it is exempt from publishing a prospectus under the Prospectus Directive. An issuer will be exempt where it falls within one of the following thresholds:

There are several other categories of exempt issuer including, for example, securities guaranteed by member states and by certain investment funds.

The Commission has highlighted that, currently, the prospectus approval process is handled differently by the various competent authorities - in Ireland, the Central Bank in Ireland. The extent of the competent authorities' involvement is being considered, along with how the process can become more streamlined, transparent and workable.

The Commission’s proposed changes to the Prospectus Directive later this year will be the first substantial move towards the Capital Markets Union. A new lighter prospectus regime for SMEs and companies with “reduced market capitalisation” will benefit such issuers. Benefits include more cost-effective access to capital markets, having both regulatory approval and the reduced burden of a simplified prospectus process. Increasing the threshold exemptions allows more securities to be issued without going through the costly and complicated approval process. Such an issuer will then be subject to investor rather than regulatory approval.

Are you Registered as Charge Holder?