The Companies (Accounting) Act 2017 (the Act) was signed into law on 17 May 2017, and the majority of its provisions came into effect on 9 June 2017. The Act’s main purpose is to transpose the 2013 Accounting Directive into Irish law. It also aims to fix a number of anomalies identified under the Companies Act 2014 (the CA 2014).

The fixes of particular note for lenders are: 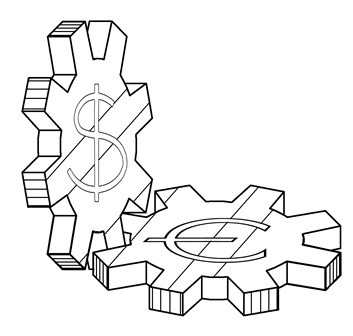 Before the introduction of the Act, the definition of credit institution under the CA 2014 included “a company or undertaking engaged in the business of accepting deposits or other repayable funds or granting credit for its own account”. This resulted in the unintended consequence that where a company granted credit / loans, even if only to group companies, it would fall within the definition of a “credit institution”.

The CA 2014 expressly states that a LTD “shall not carry on the activity of a credit institution…”. It followed that a LTD could not lend money on its own account. It would have to register as a DAC if it wished to do so.

The Act has amended the definition of credit institution to “a company or undertaking engaged in the business of accepting deposits or other repayable funds and granting credit for its own account”.

Therefore, following the commencement of the Act, a company providing loans but not accepting deposits or other repayable funds will not fall within the definition of credit institution. As a result, it will not be required to register as a DAC.

As a result, a charge over shares in a foreign body corporate no longer requires registration.

In a Supreme Court case heard in July 2015, the Court held that a notice served prior to the commencement of a winding-up can validly crystallise a floating charge. This would give priority to that charge over the claims of preferential creditors during a liquidation. The Court noted that an amendment to the law would be necessary “to reverse the undoubtedly unsatisfactory outcome of this decision”. The Act, therefore, has amended the CA 2014 to provide that, crystallisation of a floating charge by notice prior to a liquidation, as was the case in the Belgard Motors case, will not affect the priorities of the preferential creditors, who will rank ahead of the holders of floating charges.

Clarification that a LTD can engage in lending and that a charge over shares in a foreign company does not require registration is welcome and should eliminate confusion on these matters.

As regards the reversal of the effect of the Supreme Court judgment in the Belgard Motors case, the changes made by the Act here arguably mean that any receiver appointed on foot of a floating charge, which has crystallised prior to the appointment, loses the ability to pay the charge holder in preference to any preferential creditors.