Holders of intellectual property rights should be aware that earlier this month, the European Commission published a summary of contributions it has received from the public in evaluating its current horizontal co-operation block exemptions. This article will examine what effect these contributions may have, particularly with regard to IP, and licensing and research and development (R&D) agreements.

Between 6 November 2019 and 12 February 2020, the European Commission launched a public consultation to inform its ongoing evaluation of the exemptions to prohibited agreements and concerted practices between businesses, with particular regard to categories of R&D agreements and certain categories of specialisation agreements. These block exemptions and their accompanying Guidelines, in respect of horizontal agreements, entered into force on 1 January 2011 and are set to expire on 31 December 2022. The Commission took this step in an attempt to evaluate the efficiency, relevance, coherence and EU added value of the block exemptions. The results of the consultation will ultimately determine whether the current rules will be lapsed, prolonged or revised to take proper account of new market developments.

When asked whether the current rules have contributed to the promotion of competition in the EU, the respondents believed that in order for the rules to be relevant, the dynamics of the digital economy would need to be reflected in them. In general, the responses received indicated that the current rules are too strict or inflexible in this regard. Whilst respondents viewed them as useful as guidance, recent market developments and business realities have eroded any legal certainty. For example, respondents noted that the information exchange section of the rules did not sufficiently cover new developments regarding benchmarking, data pooling and data sharing and other new types of collaboration regarding artificial intelligence, ecosystems, network sharing and platforms.

Respondents also referenced the increased use of standard essential patents, the cross-sectorial and global nature of standardisation agreements, and that technology developments have caused wireless communication technologies to be used in new industries. The result of this was that there are now a variety of new market players, in particular in the Internet of Things and related sectors.

One particular criticism which was made in relation to licensing is the issue of costs. Respondents pointed out that it was very difficult to impossible to estimate the costs of applying the current rules. One respondent tried to estimate the minimum legal costs to respond to standard patent licence demands (at €5,000 to €10,000); and another respondent as the conception (at €10,000), set up and putting into place costs (€3,000) of compliance guidelines and procedures. Further, one respondent presented a detailed list of costs associated with the rules including legal fees, salary of the parties’ staff involved in negotiations, missed business opportunities, and loss of consumers’ welfare.

Moreover, four respondents stated that various courts in the EU struggle to apply competition law in standard patent licensing-related decisions. Others voiced that it is important for the Commission to ensure that any proposed changes to the rules were aligned with broader IP regulation and industrial policy.

Respondents were highly critical of the current rules relating to R&D agreements. In relation to the list of definitions that apply to R&D agreements that can benefit from the exemption, it was argued that certain definitions require further clarification. In relation to the conditions for the exemption to apply, the current rules were also criticised as ‘difficult to apply’ and no longer ‘matching business realities.’ Further, in relation to the market share thresholds for competing undertakings (currently at 25%), respondents argued that they were too low or that it was difficult to define markets and to establish market shares with certainty. Similarly, concerning the duration of the R&D exemption, seven respondents advised that this provision would require clarification or that the limited duration should be abolished entirely.

Clearly, stakeholders feel that the current rules are not fit for purpose and that change is required. The public contributions received by the Commission reflect a generally held belief that for the rules to be relevant, the dynamics of the digital economy need to be reflected in them. This is particularly pertinent in the pharmaceutical sector due to their focus on standard patent licensing and the conditions to be applied to benefit from the research and development exemption. The overwhelming response to the consultation is that the European Commission should update and clarify the current rules to provide greater legal certainty. Given that intellectual property rights and competition policy should work in a similar direction as both bodies of law share the same basic objective, legislative change in this area now appears inevitable.

For more information on the impact of the EU Rules, contact a member of our Intellectual Property team. 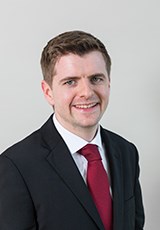 On Your Bike: Pedalling Your Way to Copyright Protection