We take a look at these decisions in the context of the development of the all-island Integrated Single Electricity Market that is currently ongoing in Ireland and Northern Ireland.

Observers of the Irish electricity sector will be aware that the energy regulators of Ireland and Northern Ireland have, since 2013, been engaged in a major redesign of the all-island wholesale electricity market.  The project is known as the “Integrated Single Electricity Market”, or I-SEM.  Its high level design was published in September 2014, and detailed design work is still ongoing.

The need for the I-SEM project has arisen because the existing wholesale market does not satisfy the requirements of the European Commission’s Third Energy Package.  The Regulation on Capacity Allocation and Congestion Management (“CACM”), which was adopted in July 2015, imposes particular rules for “cross-zonal capacity allocation and congestion management in the day-ahead and intraday markets”, which the I-SEM will facilitate for Ireland and Northern Ireland. 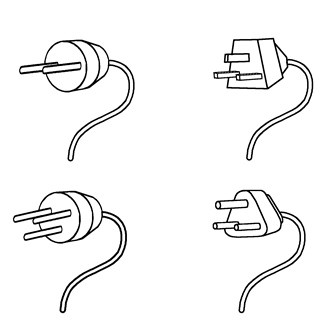 These tasks include the requirement that each Member State designates at least one Nominated Electricity Market Operator (NEMO) by 14 December 2015, for the performance of certain tasks related to day-ahead and intraday market coupling.

The Commission for Energy Regulation is the body responsible for designating NEMOs in Ireland, with the Utility Regulator exercising this role for Northern Ireland.  As part of the designation process, each regulator was required to analyse ten designation criteria, as outlined in the CACM regulation, including requirements that an applicant has adequate resources and can treat all market participants in a non-discriminatory way.

Designation as a NEMO is for an initial term of 4 years, but it may be revoked if a NEMO such fails to maintain compliance with these criteria.

If it Ain’t Broken…

Through a contractual joint venture, EirGrid and SONI already act as the operator of the current all island electricity market.  The track record of this market operation activity undoubtedly helped the regulators to conclude that EirGrid and SONI were suitable NEMO candidates.

The designations of EirGrid and SONI, as NEMOs for Ireland and Northern Ireland respectively, are significant steps in the development of the I-SEM, as these are the first major assignments of responsibilities in relation to the operation of the redesigned market.  The designations are also likely to provide additional impetus to the involvement of EirGrid and SONI in the detailed design of the I-SEM.

For more information, please contact a member of our Energy, Utilities & Projects team.