2017 has been an interesting year from an employment law perspective. We examine some of the issues which arose, how they arose and how they were dealt with.

Throughout 2017, there was much debate and commentary about the potential for the abuse of “independent workers”, more colloquially known as those who work in the “gig economy”.

The gig economy model resulted in scores of negative headlines for employers like Uber and Deliveroo and, in particular, their workers’ fight for basic employment protections and union recognition in the UK. The chief concerns relate to lower quality work given to gig economy workers as well as the lack of job security. This is compounded by the lack of a guaranteed wage and, more so in Ireland than in the UK, the lack of the most basic employment-related protections.

Ultimately the employment tribunal in the UK held that Uber drivers fall within the definition of “workers” in the UK, a category of employment which does not exist in Ireland. How the decisions in the UK will impact Ireland will be worth watching in 2018. In particular, the Irish Government may have to consider implementing similar legislation for that category of worker who falls between “employee” and “self-employed”. 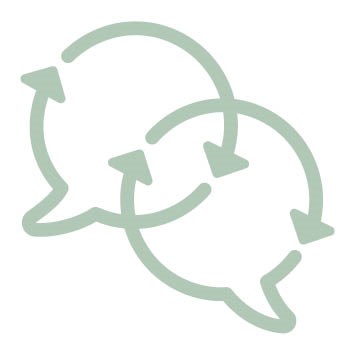 In 2017, the UK introduced legislation which forces organisations who employ over 250 people to report annually on their gender pay gap. The State broadcaster, RTÉ, released figures in July which caused much debate across the country. In Ireland, we have had equal pay legislation since 1975. The Government has pledged, in their programme for government, to introduce concrete measures to reduce the gender pay gap.

The Labour Party’s Irish Human Rights and Equality Commission (Gender Pay Gap Information) Bill 2017 has passed Committee stage of the Dáil, the Irish legislature’s lower house. This Bill, in its current form, requires organisations with more than 50 employees to publish certain information on the gender pay gap in their organisation. The categories of information mirror the categories of information which are required to be reported in the UK. It is envisaged that non-compliance with this reporting obligation will be an offence. Compliance will be monitored and enforced by the Human Rights and Equality Commission.

If and when the Bill passes through the various stages of the legislative process we can expect changes. In particular, the 50 employee threshold for publishing information seems very low.

The Harvey Weinstein saga in the US sparked a reaction all over the world, not least in an employment law context. There was a huge response to the #MeToo campaign globally, much of which highlighted concerns about the prevalence of sexual harassment across all areas of employment and industry.

The single biggest issue for employers in 2018 will undoubtedly be the impending implementation of the GDPR in May. GDPR will increase the obligations on employers to protect the personal data of employees. It contains more onerous provisions on consent, provides for the appointment of a Data Protection Officer (DPO) in certain circumstances and significantly extends the fines which can be imposed in the event of a breach.

It is quite likely that 2018 will also see the enactment of legislation aimed to protect those whose work could be described as precarious – for example casual employees and those on zero-hour contracts. New legislation is needed to provide employees with better predictability and security in respect of their working hours and will ban zero-hour contracts in the majority of cases.

For more information on 2017 developments and other matters impacting your business in 2018, please contact a member of our Employment & Benefits team.