On 24 February last, the Supreme Court dismissed the appeal brought by Mary Stokes against CBS High School Clonmel (the School). Her case against the School had focused on the inclusion of the parental rule in its Admissions Policy.

She argued that her son, as a member of the traveller community, had less of a chance of having a father who went to the School as many travellers have not attended second level over the past few decades.

Therefore, she asserted that the parental rule was indirectly discriminatory against members of the traveller community and in breach of the provisions of the Equal Status Act 2000 (the Act).

The School allocated places in accordance with its Admissions Policy. In the first round, places were given to all boys who fulfilled all 3 stated criteria in its policy, namely,

Any pupils who did not gain admission in the first round went into a second round, in which places were allocated by lottery.

In the first round John Stokes satisfied the criteria in relation to his parents wanting him to be educated as a Catholic and the requirement that he had attended one of the designated feeder schools. However he did not satisfy the criterion for having a sibling either in the School or who had attended the School, or a father who had been a past pupil of the School. On that basis he was not allocated a place in the first round.

The remaining places in the School were then allocated by lottery, however John Stokes was not successful in that lottery and did not gain a place. 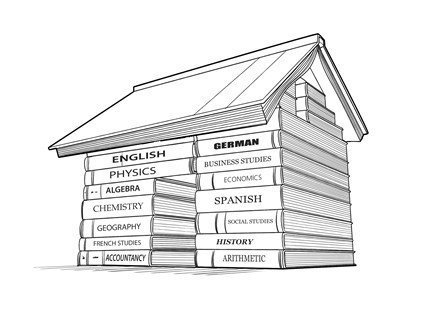 This was not a case of direct discrimination as the School had not refused to enrol John Stokes on the grounds that he was a member of the traveller community. Mary Stokes argued that the parental rule was indirectly discriminatory against members of the traveller community, in other words, an apparently neutral provision like the parental rule put John Stokes at a particular disadvantage compared with other applicants. If it was accepted that it did then the School would have to prove that the parental rule was objectively justified by a legitimate aim and that the means of achieving that aim are appropriate and necessary.

Mary Stokes asserted that the requirement to be a son of a former pupil of the School impacted more heavily on members of the traveller community as they had less of a chance of having received second level education. The question asked therefore was whether or not it put John Stokes at a particular disadvantage as compared with other people who are not members of the traveller community. Clearly other applicants would be similarly disadvantaged by reference to the fact that they were not sons of former pupils of the School.

Evidence was given on behalf of John Stokes that in the 1980s only half of children from the traveller community attended school and that the 10 per cent who finished primary school and continued to second level dropped out after one or two years. They argued that this contrasted with the fact that in 1982, 66.4 per cent of all children who entered second level education completed their education.

The Equality Tribunal considered this evidence and held that it was satisfied that John Stokes had established a prima facie case that the parental rule in the School’s Admissions Policy put him at a particular disadvantage compared with non-travellers.

The burden of proof then shifted to the School to satisfy the Equality Tribunal that the policy was objectively justified by a legitimate aim and that the means of achieving that aim were appropriate and necessary. The School gave evidence that the parental rule was part of its Admissions Policy as a means of supporting the family ethos within education and to strengthen family loyalty to the School.

Having heard the evidence, the Equality Officer found that while he accepted that strengthening bonds between parents, as primary educators of the child, and the School was a legitimate aim, he did not feel that it was appropriate or necessary. He ordered that the school immediately offer a place to John Stokes and that it should review its Admissions Policy to ensure that it did not indirectly discriminate against pupils.

The School appealed the decision of the Equality Officer to the Circuit Court. In his judgment, Judge Teehan made specific reference to the evidence of Mr Shay Bannon, the principal of the School at the time. Judge Teehan stated that he was satisfied that Mr Bannon had a deep commitment to the School and its students and that he regarded the issue of inclusivity and education as being of very high importance.

Judge Teehan accepted the evidence from Mary Stokes that only a small number of members of the traveller community had access to secondary education over the last few decades. He went on to find that the parental rule was a neutral provision which indirectly discriminated against members of the traveller community. He also held that they were particularly disadvantaged by such a rule.

Having found that John Stokes was particularly disadvantaged, as had happened before the Equality Tribunal, the onus again then shifted onto the Board of Management of the School to show that the provisions of its Admissions Policy were objectively justified by a legitimate aim.

However, Judge Teehan disagreed with the decision of the Equality Tribunal and found that the overall aim of the Board of Management in introducing the parental rule was entirely in keeping with the School’s Admissions Policy and the aim of the School to support the family ethos within education. He therefore felt that the School had objectively justified that provision and that the aim of the Board of Management in this regard was wholly legitimate. Judge Teehan allowed the School’s appeal and set aside the order of the Equality Officer.

Mary Stokes appealed the decision of Judge Teehan to the High Court. Mr Justice McCarthy heard the appeal and held that the parental rule in the School’s Admissions Policy did not in fact place John Stokes at a particular disadvantage. Therefore, as Mr Stokes had not proved that he had been indirectly discriminated against, he had not established a prima facie case of indirect discrimination. In those circumstances, the burden of proof did not shift to the School and it was not required to objectively justify the inclusion of the parental rule in the Admissions Policy. Mr Justice McCarthy therefore dismissed Mary Stokes’ appeal.

Mr. Justice Clarke, Mr. Justice O’Donnell and Mr. Justice Murray held that an appeal from the High Court to the Supreme Court was in fact permitted. However, they were not satisfied that there was sufficient evidence and materials before the Equality Tribunal or the Circuit Court to enable a proper assessment to be carried out as to whether the parental rule resulted in a particular disadvantage to members of the Traveller Community. On that basis, Mrs Stokes’ appeal was dismissed.