A teacher in a school applied for the position of deputy principal, however, she was unsuccessful following the interview process. The teacher made a complaint to the Workplace Relations Commission (WRC) stating that she had been discriminated against on the grounds of age.

The teacher alleged that the Chairperson of the Board of Management made a number of discriminatory comments during the interview. These included a statement made by the Chairperson that she had been in the school “for a long time and must know every nook and cranny of every corridor”. She was then asked if there was anything she would like to change if she was afforded the position of deputy principal. The interviewee also referred to a comment made by the Chairperson, a retired teacher, that “when they started teaching, people went into their rooms and it became an independent republic”. The Chairperson also asked her if she had any ideas on how to improve communication and assist the Principal at the same time. The claimant alleged that those statements were discriminatory on the grounds of age and that the interview marks she received did not reflect her capabilities or her experience. 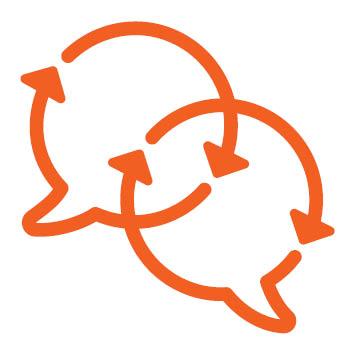 The school denied the allegation of age discrimination and argued that the successful candidate simply performed better than the claimant at interview. It was submitted on behalf of the school that there was nothing adverse or discriminatory about the remarks made by the Chairperson.

The WRC Adjudication Officer could find no basis whatsoever that the statements made by the Chairperson during the interview could be construed as an inference of age discrimination. He determined that the comments were unexceptionable, introductory remarks to entirely valid questions at the interview. The Adjudication Officer had fully reviewed the processes at the interview and the marking sheets of the claimant and the successful candidate. He found that her complaint was so flimsy and devoid of merit that it verged on being vexatious and that no reasonable or objective person could form links between the questions asked and the claimant’s age. Finally, he decided that there was no basis for inferring that the interview board assessed the candidates on anything other than merit. As a result, the claim was dismissed.

The appointment process can be complicated when applicants are already employed in the school. In this case, the Chairperson knew the candidate and made certain statements to put the candidate at ease and elicit information.

Interview boards are always allowed to ask questions relating to a candidate’s qualifications for the position including their experience, education, job-related skills, career goals and objectives, and their availability for specific work schedules, etc. However, they should exercise care when phrasing certain questions to ensure that they get information about the candidates’ qualifications and their ability to meet the requirements of the position rather than any of the candidate's personal characteristics such as age, gender or family status etc, amongst others.

For more information on the correct and fair operation of an interview panel, contact a member of our Education team.