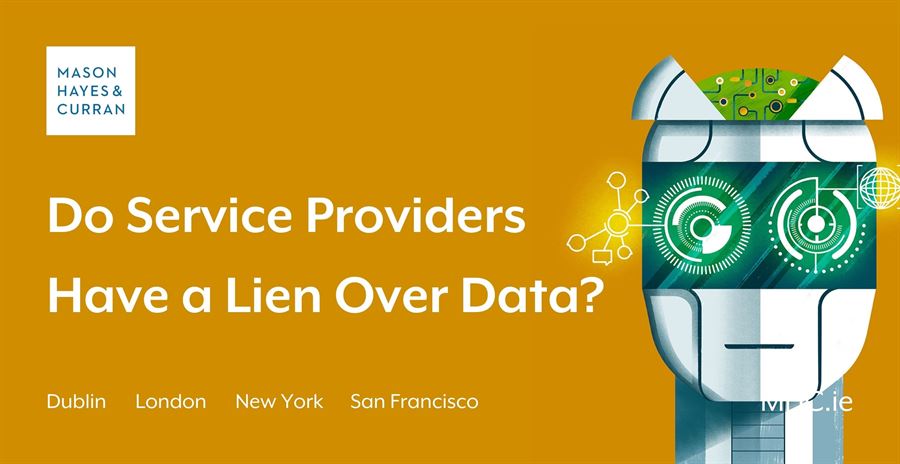 In the case of Your Response Ltd v Datateam Business Media Ltd [2014] EWCA Civ 281 the English Court of Appeal tackled the rather technical legal question of whether a common law lien could be exercised over an electronic database.

In general terms, a lien permits someone to hold the property of another as security until an outstanding debt has been cleared. For instance, this might occur where someone drops a suit to a dry cleaner but has yet to pay the charge for cleaning. The courts have traditionally taken the view that a lien can only arise over tangible property (i.e. goods), but not over intangible property (i.e. data or intellectual property rights). In this case, the Court had to decide which of those categories best suited the contents of an electronic database.

Datateam Media Business Limited (Datateam) publishes a number of magazines which are distributed to subscribers. It engaged Your Response Limited (Your Response) for the purpose of managing its electronic databases to ensure that the information they contained was up to date.

The contract between the parties was made partly orally and partly in writing. A formal agreement was never executed. Of particular relevance was the fact that the contract was silent on what would happen to the data at the end of the contract. The parties had never reached an agreement as to the circumstances in which the contract could be terminated, or Datateam’s right of access to the database.

Your Response sued Datateam, claiming the fees alleged to be due and damages for abandoning the contract.

The Right to Withhold Data

At first instance, Your Response’s claim was successful. The County Court held that Your Response was entitled to withhold the electronic data until the relevant fees had been discharged. This decision was reversed, however, on appeal.

The Court of Appeal found that Your Response was not entitled to exercise a lien over the database. It based this on a number of grounds:

The Court of Appeal took the view that, on the facts, it was not entitled to depart from previous case law and it observed that such a change might need to come from lawmakers rather than from the courts.

While this decision comes from the English, rather than the Irish, courts, it provides a helpful discussion as to the extent to which the traditional concept of the lien applies over data.

This decision clearly highlights the importance of a written contract and the need for the contracting parties to ensure that they are adequately protected against all outcomes. If the parties agree that a contractual lien is to exist in particular circumstances, this should be clearly set out in the terms of the contract. Parties should also agree on what will happen to the relevant data when the contract concludes. On a practical level, it is interesting to note that by the time this matter had reached the Court of Appeal, Datateam had engaged another company to reconstruct the database, causing it added expense and inconvenience.

The case also demonstrates the Court of Appeal’s reluctance to abandon the historical distinction between tangible and intangible property. It seems that if the law is to adapt to keep up with technological advances, reform will, in many cases, need to come from parliament, rather than the courts.