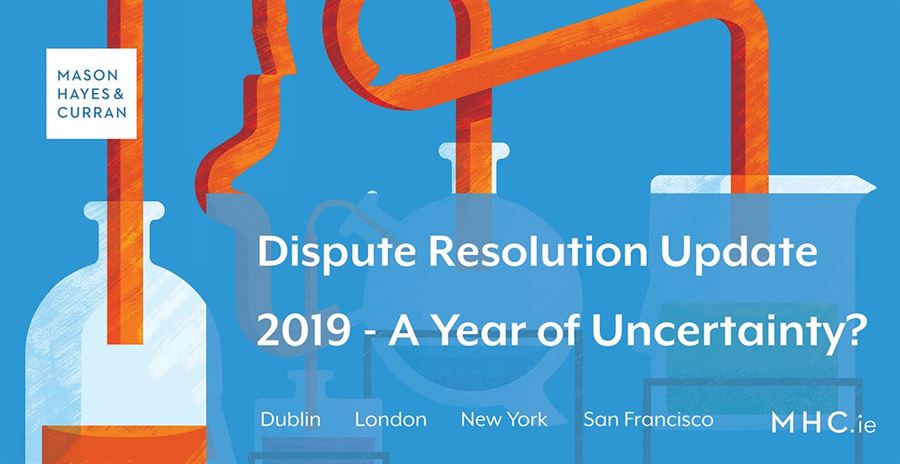 The proposed Land and Conveyancing Law Reform Bill, if enacted, will significantly change loan enforcement proceedings by giving the courts broader discretion when making possession orders over family homes. It will require the courts to consider issues such as proportionality, personal circumstances, alternative proposals and whether the loan was sold on the loan sale market, including an analysis of the purchase price / debt ratio.

The policy underpinning the proposed Bill is repossession as a last resort. To give effect to this, the courts will place even greater emphasis on alternative repayment arrangements being exhausted before granting possession orders. This is likely to result in lengthier repossession proceedings and a heightened responsibility on mortgagees to ensure that their internal policies and procedures regarding alternative repayment arrangements are  fully complied with.

The proposed Bill’s scrutiny of loan sale mortgages raises potential issues for loan sale market participants. For example, any loan purchaser seeking to enforce its security must be willing to disclose commercially sensitive or confidential pricing information in a public forum.

Heads of the proposed Bill are not yet available and the Government has indicated that it may need to consult with the ECB prior to publication.

2019 is expected to see the publication of the findings of the Administration of Civil Justice Review Group, established in 2017 to examine Ireland’s civil law procedures and explore areas for reform.

The Review Group’s objective is to produce a roadmap for developing a civil justice model that is more accessible, efficient and effective for litigants. Focus areas include the promotion of alternative dispute resolution, the enhanced use of technology (including e-litigation), reducing delays and costs and tackling difficulties in the law of discovery. The Review Group has identified the latter two topics as key issues to be addressed, with Chair Mr Justice Peter Kelly stating that “Delay and cost are the two great obstructions to the administration of a fair and expeditious system of civil justice. The greatest contributor to both is discovery.”

The long-debated issue of the introduction of a procedure for class actions in Ireland is also being considered by the Review Group.

The UK is a party to a number of judicial cooperation agreements such as the Recast Brussels Regulation, which provides for mutual rules of jurisdiction and recognition and enforcement of member state judgments between EU member states.

The draft Brexit withdrawal agreement envisages a transitional period where these instruments will continue to apply between the EU and the UK. Likewise, the political declaration for the post-Brexit EU-UK relationship contains a commitment to similar bilateral agreements in the future.

However, if a hard Brexit occurs, difficulties may arise in attempting to enforce UK judgments in the EU and vice versa and in enforcing UK jurisdiction clauses in the remaining EU member states. Although these issues are offset somewhat by the UK’s intention to re-sign both the Lugano Convention and the Hague Convention, which contain similar reciprocal obligations between EU and non-EU signatories, enforceability concerns may lead to an increase in jurisdiction clauses in favour of Ireland, which in the aftermath of Brexit will be the only English-speaking common law jurisdiction in the EU.[1]

One practical impediment that a hard Brexit presents for Irish litigants is that in the absence of a bilateral agreement between the EU and the UK in the same vein as the Recast Brussels Regulation and if the UK’s proposed re-accession to the Lugano Convention does not materialise, Irish litigants seeking to issue and serve Irish proceedings against parties in the UK will be required to obtain the leave of the High Court. By contrast, under the Recast Brussels Regulation and the Lugano Convention, a court order is not required to issue and serve proceedings out of the jurisdiction to parties in the contracting states of those instruments.

Although Brexit is not expected to have a major impact on arbitration proceedings, a hard Brexit may undermine the status of the UK legal system in the eyes of the international business community. Should this perception gain traction, other EU countries, including Ireland, may benefit from rerouted dispute resolution work that traditionally went through London and consequently grow as an international arbitration venue.

The Government’s Brexit strategy includes supporting the joint initiative of the Bar of Ireland and the Law Society to promote Ireland as a leading centre globally for international legal services. In the wake of Brexit, this initiative may prove to be a driving force in enhancing Ireland’s reputation as an international dispute resolution destination.

A common theme running through the topics considered in this article is uncertainty: the Heads of the proposed Land and Conveyancing Law Reform Bill have yet to be published; there is no scheduled delivery date for the Review Group’s report; and no one can predict the outcome of Brexit.

What is certain, however, is that 2019 promises to bring about significant changes to the dispute resolution landscape in Ireland.

This article was written by Maurice Phelan, Noel Kealy and Louise Mitchell. To discuss these issues in more detail, please contact Maurice Phelan or another member of our Dispute Resolution team.

[1] Re-signing the Lugano Convention and the Hague Convention represents a fallback position for the UK in the event that a bilateral treaty similar to the Recast Brussels Regulation cannot be agreed with the EU. However, separate issues arise here, including the fact that the consent of all signatories will be required for re-entry to the Lugano Convention, which may not be forthcoming if relations between the EU and the UK are soured. Similarly, the remaining EU parties to the Lugano Convention may not be prepared to consent to the UK’s re-entry and by extension reaffirm the UK as the leading international litigation seat in Europe, in light of the economic benefit of receiving diverted dispute resolution work that traditionally went to London.

Implications of Brexit - Challenge and Opportunity in 2019