Further evidence that Ireland is emerging from economic recession can be seen in the publication of the Courts Service Annual Report 2016 (the Report). An examination of the Report’s figures relating to debt collection activity shows a continuing decline in creditor litigation and enforcement. The number of default judgments marked in 2016 across the District, Circuit and High Courts shows a fall to 10,475 from 14,204 during the previous year. This represents almost an 80% drop on the equivalent number of such judgments marked in 2010. 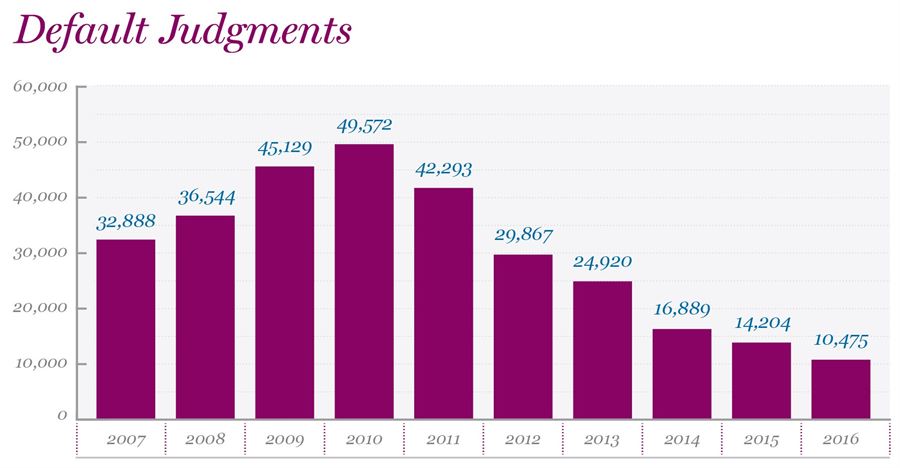 Other indicators reflect a similar trend. The Report noted the commencement of 3,695 instalment order cases, where a creditor applies to the District Court for an order compelling the debtor pay the judgment debt by weekly or monthly instalments, representing a 32% decrease on the 4,895 in 2015 and a 46% decrease on the 6,883 such cases in 2014. In addition, there were just 33 committal orders issued in 2016. A committal order is an instance in which the District Court commits the debtor to prison for contempt of its instalment order. 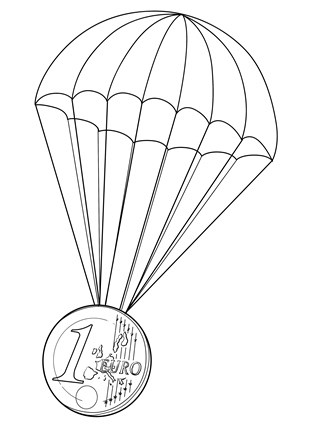 The number of bankruptcy proceedings issued by creditors in 2016 was marginally up on 2015 figures, but at just 69 petitions in 2016, bankruptcy seems to remain an option that creditors only utilise as a last resort. This figure can be contrasted with the fact that 559 debtors sought to declare themselves bankrupt in 2016. There were also 2,114 applications to the courts for the various debt resolution arrangements under the Personal Insolvency Act 2012 (the 2012 Act). This may not seem significant in terms of being an increase of 18% on the corresponding 2015 figure, but nonetheless, represents a 125% increase on the volume of these applications in 2014. This suggests that awareness of the options available to debtors under the 2012 Act is now much more widespread.

Since the enactment of the Land and Conveyancing Law Reform Act 2013 (the 2013 Act), if a creditor wanted to issue legal proceedings to seek an order for possession over a borrower’s primary residence, that creditor had to do so in the Circuit Court.  Consequently, the Circuit Court saw a dramatic upsurge in repossession applications in 2013 and 2014. Whilst the total volume of these proceedings in all courts tailed off in 2015 and 2016, secured creditors still issued 3,679 cases in the Circuit Court in 2016. In addition, despite this decline in cases being commenced, the Courts granted over 1,222 orders for possession in 2016. This number was marginally down on the 1,517 orders for possession granted in 2015.

Mortgage litigation still accounts for a sizable volume of total debt collection activity before the courts. Anecdotally, it has been suggested that Central Bank scrutiny on secured lenders may have meant that the number of residential mortgage arrears cases issued over the past year or so was not as high as it might have been. Also, the number of proceedings commenced by the purchasers of loan portfolios increased in 2016.

Based on the statistical evidence in the Report, the use of court remedies by creditors is declining year on year. This is to be expected given that some nine years have passed since the global financial crisis and debts that have not yet been enforced through the courts, may be statute-barred. The one exception to this general decline in numbers is residential repossession litigation. However, the fact that the number of households in mortgage arrears has also been declining for some four years now indicates that these figures will level off too.

It will certainly be interesting to see if debt recovery litigation and enforcement remain at the levels seen prior to 2008. Normal economic activity requires credit and invariably credit breaches will be reflected in a rise in the use of court based recovery remedies by creditors.