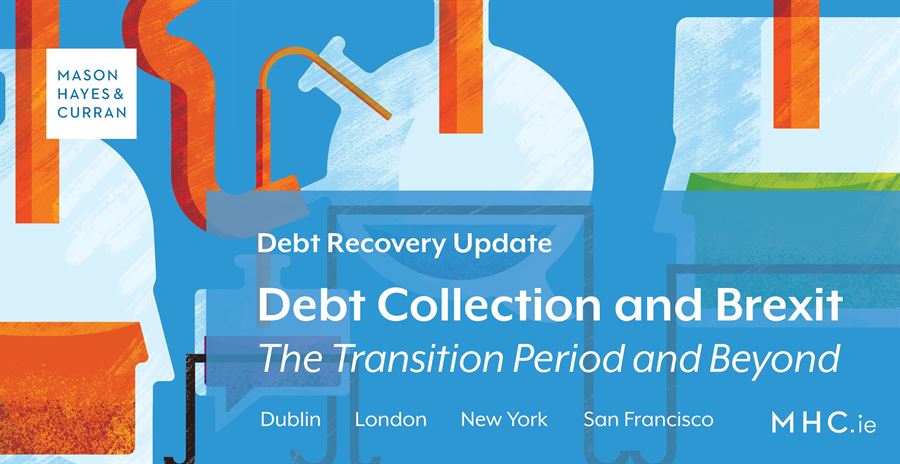 The draft agreement on the UK’s withdrawal from the EU was ratified and entered into force at the end of January 2020. Even though the UK has now officially left the EU, the Withdrawal Agreement provides for a transition period up to 31 December 2020. This period allows the UK to continue its current relationship with the EU while a future trading relationship and security co-operation is negotiated.

The terms of the Withdrawal Agreement allow for the extension of this transition period by up to two years. In order for this period to be extended, however, there must be agreement upon on the length of any extension before 1 July 2020. Interestingly, the UK government does not use the term transition: instead it prefers to refer to this period as an “implementation period”.

Nonetheless, during this transition period, EU rules and regulations will continue to apply to the UK and the UK will remain part of the EU’s Single Market and Customs Union.

It seems that creditors were not forgotten by the negotiators of the Withdrawal Agreement. The document itself provides for on-going judicial cooperation in civil and commercial matters during the transition period. Importantly, from a creditor’s point of view, these include:

It is worth pointing out though that under the Withdrawal Agreement, the rights that EU creditors supplying goods/services on credit to UK customers and vice versa – continue to have under those EU Regulations – will only apply to during the transition period. Accordingly, if a debt is currently due, or becomes due during 2020, a creditor should take all appropriate measures under EU law, without delay, to protect their rights.

This may involve for example:

After the transition period ends, there will be changes to how creditors, among so many others, trade with Britain.

If a creditor cannot rely on EU legislation, what can it do?

In the absence of any agreement whatsoever, if the benefits of EU Regulations cannot be invoked by EU-based creditors dealing with UK debtors or vice versa, then those creditors may be forced to contemplate issuing legal proceedings in the jurisdiction where the debtor is based. This will undoubtedly be much more expensive than the current regime. However, there are other practical considerations which could help these creditors, such as

Interestingly, the Political Declaration[4] setting out the framework for the future relationship between the European Union and the United Kingdom, which accompanied the Withdrawal Agreement, did not make reference to on-going judicial cooperation in civil and commercial matters. The EU and the UK are currently commencing negotiations on a new Future Relationship agreement which, if agreed, is due to come into effect from 1 January 2021. This is just 10 months away and many perceive a negotiated solution upon the future supply of goods and services, to be a tall order.

Nonetheless, the Political Declaration did stress the fact the EU and the UK have a particularly important trading and investment relationship. It contains, as creditors are only too-well aware, complex and integrated supply chains. As a result, there is a desire on both sides to develop “an ambitious, wide-ranging and balanced economic partnership” that must, out of necessity, respect each other’s creditors’ rights. Like so many other Brexit factors, how exactly this will be achieved, following the transition period, will be of great interest to EU, particularly Irish, creditors.

For as long as creditors have the benefit of the existing range of EU remedies to assist their debt collection activities, during the transition period, they would be well advised to use them to pursue current debt owed by UK creditors. Creditors should also consider what they might do in the absence of these legislative mutual assistance measures similar to those outlined above.

For more information, contact a member of our Debt Recovery team.

[4] Political Declaration setting out the framework for the future relationship between the European Union and the United Kingdom, TF50 (2019) 65 – Commission to EU 27, published 17 October 2019