In April, the Office of Government Procurement announced the first changes to be made to the Public Works Contracts arising out of the Review of the Performance of the Public Works Contracts which was commenced in December 2013. The review is ongoing and has identified short, medium and long term changes required. The first four interim measures to be introduced are: 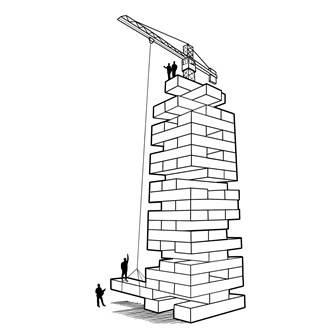 To understand these changes, it is worth remembering how the widely unpopular Public Works Contracts came to be. They arose out of the Construction Procurement Reform Initiative launched in 2006, the key driver of which was risk management. Up to that point the State had retained risk in construction projects and there was little incentive on the contractor or the design team to manage that risk. As a result, cost overruns were the norm. Fixed price lump sum contracts were introduced as the solution to these cost overruns. The message was that the State was willing to pay for cost certainty.

That was a time of unprecedented boom in the construction industry. The years that followed saw a collapse in the industry that few predicted. Private development almost disappeared and there was a severe drop in the availability of public funding for projects. Contractors, and consultants, raced each other to the bottom on price in order to secure the few publicly funded projects still proceeding. Instead of having to pay increased prices for cost certainty the State found itself receiving significantly reduced tender prices for the same cost certainty. Having failed to price the level of risk accepted contractors refused to accept such risk had transferred. Instead they embraced the formal claims procedures in the contracts and engaged in the formal dispute resolution procedures as the means of making ends meet on projects.

In summary, we ended up with an inflexible, adversarial and claims focused industry. The review process has accepted this to be the case and these interim measures are suggested as the starting point of a longer term process aimed at re-balancing the risk allocation, ensuring cost certainty and encouraging co-operative behaviour.

The BOQ will be the primary reference document for tender purposes on employer designed contracts, thereby reducing the level of risk currently transferred. The production of a BOQ will become mandatory and will be elevated to the level of the Works Requirements where it will become the primary reference document for the purposes of pricing the contract at tender stage. The Contractor will be entitled to rely on the BOQ for pricing and where anomalies arise it will take precedence over the Works Requirements in determining adjustments to the Contract Sum. The definition of Pricing Document in the Contracts will be a BOQ to ARM 4 and this will preclude any other documents being used as pricing documents.

Direct tendering of specialist works packages will be permitted where specialist works make up a significant proportion of the overall project value or where they have a significant impact on the long term performance of the project. This will allow for separate tendering for specialists who will then be nominated to the Main Contractor as Sub Contractors. The Main Contractor will enter a contract with the specialist sub-contractor using an industry agreed sub contract without amendments (the CIF Agreement and Conditions of Sub-Contract for use in conjunction with the Forms of Main Contract for Public Works). Collateral Warranties will be required between the Employer and the Specialist. Novation will continue to be used where early engagement of specialists is required particularly those with a significant design input. Provisional or Prime Cost Sums may be used in the main contract up to the point of award of main contract but only in extremely rare cases will they be permissible post award of the main contract. There will be no mechanism for direct payment to Specialists although the payment certificates will be accompanied by a breakdown of the amounts included for each of the Specialists.

There will be a greater concentration on quality criteria that are directly linked to the project in order to deter unsustainable pricing. This proposes Most Economically Advantageous Tender ("MEAT") award criteria with additional marking for project specific elements and for specifications which exceed the minimum performance specification stated in the tender documents. Tenderers will be required to name each product/material and provide evidence of its performance. This will be mandatory for projects with a value in excess of €2 million and optional for those below €2 million. Price will still be the majority weighting.

Informal dispute resolution methods will be included in the contract in the hope of reducing the volume of disputes that are currently being referred to the formal procedures in the contract. The three proposed changes are:

These interim measures are to be broadly welcomed as is the report generally. It is unrealistic to continue working with an inflexible contract where jobs are not properly priced, the level of risk transferred is unfair, the parties spend more time administering claims than administering the work and the expectation is that the project will end up in a confidential conciliation process which produces no benefit to the industry generally in terms of precedent.

Three of the above interim measures (excluding MEAT) are expected to take effect by the end of June. We will keep let you know when the changes are in effect.