A key development in competition law in 2017 was the judgments in CRH plc v Competition and Consumer Protection Commission (CCPC), which may alter the CCPC’s approach to dawn raids. Last year also saw an increase in Phase I review periods to secure behavioural commitments in mergers. Several “firsts” in the enforcement space also occurred, including bid-rigging convictions and the Trucks follow-on damages actions. In addition, 2017 witnessed a consultation on the Irish merger control thresholds, the output of which is likely to be an increase in the relevant thresholds.

The judgments concern an appeal by the CCPC against a High Court ruling, in favour of CRH and others. The case centred on a dawn raid carried out by the CCPC in 2015. The raid was part of a CCPC investigation into alleged abuses of dominance in the Irish bagged cement sector.

Although the CCPC does not have explicit seize and sift powers, it had adopted a practice during dawn raids of carrying out bulk seizure of data, for later review, without having first assessed the documents for relevance. In dismissing the CCPC’s appeal, the Supreme Court was critical of the CCPC’s practices.

The judgments highlight the importance of acting within the confines of a warrant. They also reinforced that the right to privacy, set down in Article 8 of the European Convention on Human Rights, dictates that powers of search and seizure must be exercised in a proportionate way. 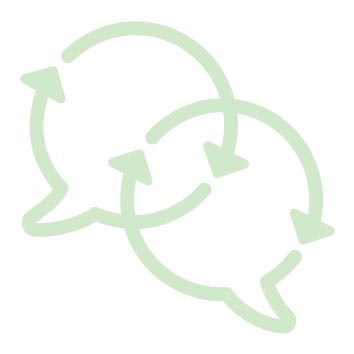 The number of merger notifications in 2017 was up only slightly from the previous year, amounting to an increase of approximately 7.5%. Despite a relatively buoyant Irish economy, we would expect to see this dip further in 2018 if, following the Department of Business, Enterprise and Innovation’s recent consultation, the financial merger control thresholds increase.

Nonetheless, 2017 was an interesting year for mergers in at least two respects.

First, the CCPC required a voluntary notification in a case where the merging parties did not meet the turnover thresholds for a compulsory filing (Mediawatch t/a Kantar Media/Newsaccess). The transaction was cleared after a relatively protracted Phase I investigation lasting 85 working days, subject to certain binding behavioural and structural commitments.

Second, although the CCPC did not open any Phase II investigations in 2017, the CCPC used extended Phase I review periods to conditionally clear four transactions. We also saw an increased reliance by the CCPC on behavioural commitments, including for instance in Dalata/Clarion Liffey Valley/Clayton Cardiff Lane. In that case, the CCPC secured notification and confidentiality commitments from Dalata.

On a number of occasions, the CCPC has clearly highlighted enforcement as one of its key priorities. This rang true for 2017, as we saw Ireland’s first ever criminal conviction for bid-rigging in relation to a flooring cartel.  A three month suspended sentence, a €7,500 fine and a five year director suspension were imposed on a director of the company. The director was also convicted of impeding a criminal prosecution, by attempting to tip off his competitor. To quote the CCPC’s chairperson, this case “serves as a reminder to those involved in procurement to be vigilant”.

There has been a wave of claims by truck purchasers in the Irish courts following on from the European Commission’s €2.93 billion fine in the Trucks case. In the summer of 2016, the European Commission imposed a fine on several truck manufacturers for allegedly participating in a cartel for 14 years. Neither the European Commission nor the CCPC has any power to award damages. However, claimants may issue court proceedings to seek redress. This is likely to become an increasingly popular option in light of the EU Damages Directive, implemented by Ireland on 17 February 2017.

The Supreme Court judgment in the CRH case will have real consequences for the conduct of investigations going forward. All companies should be familiar with the limitations on search and seizure powers.

For companies considering a merger or acquisition, Kantar Media/Newsaccess emphasises the importance of obtaining legal advice on any substantive competition issues in Ireland, regardless of whether a mandatory notification to the CCPC is required. Notifying parties also increasingly need to be prepared for the possibility of behavioural commitments, even where the transaction appears on its face to be unproblematic.

For more information on any of these developments and how they may potentially affect your business in 2018, please contact a member of our Competition & Antitrust team.