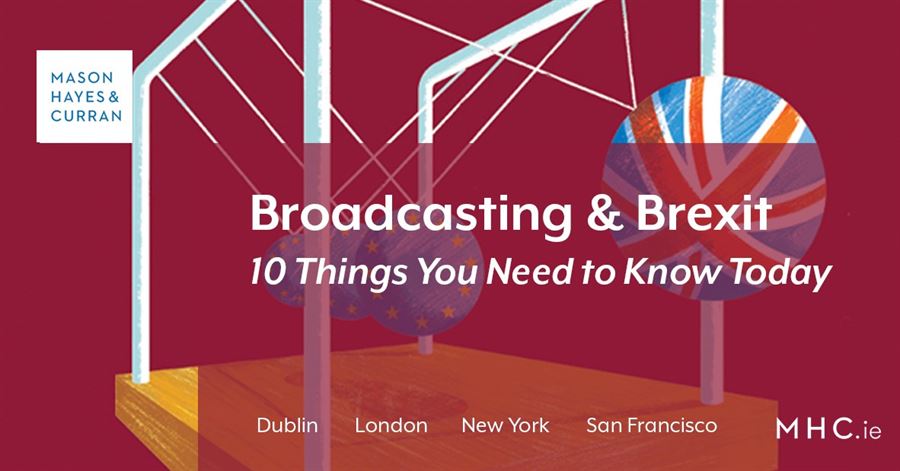 Brexit is likely to have a big impact on the broadcasting sector in the UK and, in particular, on the ability of UK-regulated service providers to broadcast within the EU. We provide a brief overview of how Brexit has brought this about and on the options open to those service providers affected.

What we can do for you

Our leading Media & Telecoms team has extensive experience and expertise on advising a wide range of TV and VOD media service providers on all aspects of the Irish and EU regulatory regimes since the Brexit vote. Indeed, we recently advised on the first TV licence application to be made to the Broadcasting Authority of Ireland in light of Brexit. We have also advised media service providers extensively on other relevant areas including tax, company law, commercial contracts, real estate and employment law.

If you have any queries or require assistance in this area, please contact a member of our Media & Telecoms team.