Brexit – Has Your Business Planned for Running Low on Oxygen? 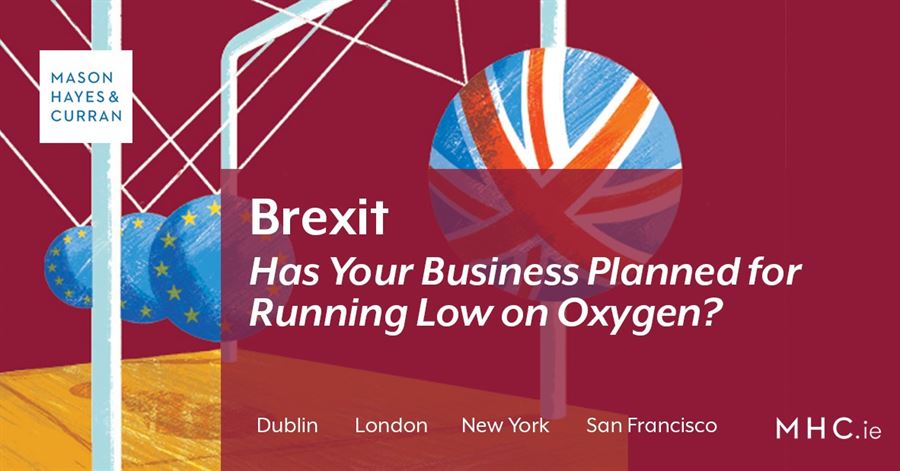 Less than an hour after an oxygen tank exploded on Apollo 13, mission control told the crew to isolate a small tank, containing 3.9 pounds of oxygen.[1] Days later, that tank provided the oxygen to keep the crew alive while landing back on Earth.

If they had left that tank for even another hour the oxygen in it would have been almost gone.

NASA had planned for and simulated hundreds of contingencies. That planning and simulation enabled them to react quickly and decisively to deal with the unexpected contingency that actually occurred.

Cash is the oxygen that keeps businesses alive. As such, you should ensure that you are in a position to implement whatever changes are required before you run out of cash.

What type of Brexit to plan for?

A “no-deal” Brexit now looks quite likely but not inevitable. Nobody is certain how Brexit will be implemented. However, what is reasonably clear is that a no-deal Brexit would bring significant and immediate changes for businesses dealing with the UK and have ripple effects through the supply chain.

In planning for Brexit, you should consider how your business would respond to as many of the possible scenarios as possible. The chances are that Brexit will not ultimately take the exact form of one of your plans, but planning should enable you to react quickly to the actual scenario as it unfolds.

If your Brexit planning raises questions about the future survival of a currently profitable business, you should be aware of the various options and solutions that Irish restructuring and insolvency law may offer.

Is restructuring an option? 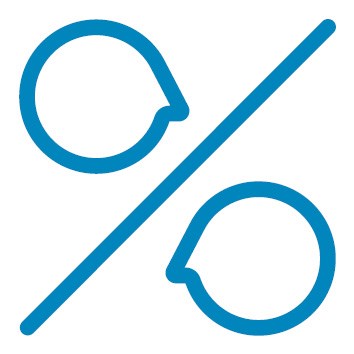 As Brexit unfolds, your business (or a portion of it) may find itself in a position where it is unable to trade profitably but could be returned to viability if, for instance, it:

Irish restructuring law and especially examinership can, in appropriate circumstances, facilitate a business in taking any or all of the above steps, if they result in the survival of the company and all, or part of, its undertaking as a going concern.

If examinership is suitable, it can result in the company exiting from the process in just over three months with no legacy debt and a viable future business.

Equally, as examinership enables some or all of the foregoing steps to be taken, it is sometimes possible to negotiate a favourable outcome with creditors and other third parties against the backdrop of what could be achieved in examinership.

Examinership is not the only option and all forms of restructuring should be considered.

However, if the impact of Brexit has an immediate effect on the business and its cash flow, then the immunity from creditor action that is offered by examinership may be attractive.

Obviously, the impact of Brexit may not be as immediate or as disruptive as some have warned. Nonetheless, there will undoubtedly be some adverse effects so it is incumbent on directors to very carefully monitor the financial performance of the business in light of those additional risks.

It is important to be aware of the fact that, if your business is verging on insolvency, the directors owe a duty not to materially worsen the position of the creditors of the business (as a body).

This period is sometimes referred to as ‘the twilight zone’ and can be a challenging time for directors as they must balance their duty to creditors with the objective of solving the company’s financial difficulties.

The courts have held that it is not in the interests of the community that a company ceases trading whenever it appears there is a significant risk that it will become unable to pay its debts. To make a finding of reckless trading, the court must determine that a director knew or ought to have known that his actions or those of the company would cause loss to creditors.

In this context the courts have taken the view that “loss” does not include a minimal loss or a minimal percentage increase in an inevitable loss. Therefore, even where a company is insolvent it may continue to trade, with limited risk to the directors, provided the directors cause no or minimal further loss to the creditors and they reasonably believe that the company can recover financially.

Courts also accept that business decisions are made at a point in time and such decisions are usually not assessed by a court with the benefit of hindsight, once they are made in an informed and prudent way.

Accordingly, to properly carry out their duties in such circumstances, directors of a company verging on insolvency should insist on:

If there is a divergence of opinion amongst the directors regarding the steps being taken or, more significantly, the prospect of the company’s financial position improving, then it may be advisable for individual directors to take separate advice to protect their own position.

Businesses with no reasonable prospect of survival

Regrettably, there probably will be some casualties.

Therefore, if your business finds itself in a position where there is no reasonable prospect of survival, it is incumbent on you to cease trading, incur no further debt and wind up the business as soon as this becomes clear.

However, even in the bleakest case where insolvent liquidation of the company is inevitable, there may still be options for the future. For example, although there are certain restrictions, there is usually nothing to prohibit the directors of a company acquiring some or all of the assets of the company from the liquidator. This may be something to consider if there is a viable underlying business that could benefit from a fresh start.

However, in order to preserve this as an option it is imperative that directors act in the best interests of the company and/or the creditors in the period prior to liquidation as any attempt to derive personal gain to the detriment of the company or creditors may expose an individual director to personal liability.

An increase in debtors?

Even if your business is not directly impacted by Brexit, it is possible that one or more of your debtors may be adversely affected thereby directly affecting your cash flow. As such, although careful credit control is something that should be a permanent fixture in every organisation, it may be that a more rigorous approach should be adopted if there is any indication of credit terms not being met.

There are multiple options available to pursue unpaid debts but early and appropriately forceful action is advisable.

Cash gives you the freedom to act

One key point to keep in mind from the start is that you need to avoid running out of cash before completing any necessary restructuring.

If you allow a current cash positive position to be eroded simply supporting on-going losses, or worse simply pump cash from outside a company into the company to support such losses, you will lose the freedom to use that cash to complete any necessary restructuring.

As with any plan, consideration of the possible impact of Brexit is key to the solutions. However, the situation remains uncertain.

Any business that believes Brexit could have a significant impact on its viability should consider the range of tools under Irish law and, to the extent possible, retain the flexibility to react quickly and implement the most appropriate contingency plan for the situation as it unfolds.

[1] The actual recording can be heard here. The relevant extract is about 90 seconds long.

[2] Even in a solvent business, if this is not done properly all of the directors are potentially liable for any failure to keep proper books of account.

Food & Beverage Update: The Impact of Brexit on the Agricultural and Fishing Industries