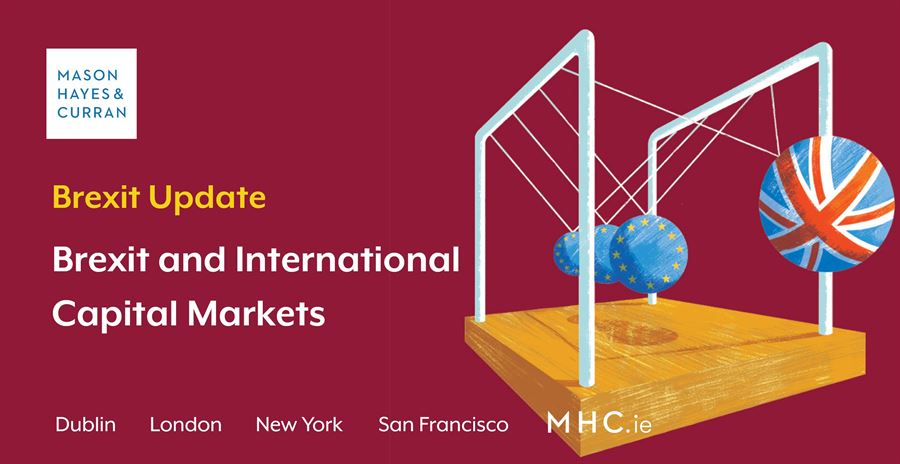 During the transition period, most EU law applies to the UK (unless otherwise provided in the withdrawal agreement). The UK is treated for most purposes as if it were still an EU member state: it continues to participate in the EU Customs Union and the Single Market. However, it no longer participates in EU decision-making and does not have a vote.

Significant changes are expected at the end of the transition period, even if a comprehensive future UK-EU relationship is concluded by 31 December 2020.

This section considers some possible implications of Brexit on International Capital Markets, especially in circumstances where no agreement has been reached between the EU and the UK by the end of the transition period (no-deal scenario).

Under the EU Prospectus Regulation, a prospectus approved in an EU/EEA member state (home state) can be “passported” into another EU/EEA member state (‘host state’), which means that it can be used to offer securities to the public or to be admitted to trading on a regulated market in that other country without further approval. During the transition period, the EU Prospectus Regulation regime continues to apply to the UK.

After the transition period, changes to the UK prospectus regime will depend on the outcome of the negotiations on the future relationship between the UK and the EU.

In a no-deal scenario, the EU would default to treating the UK as a ‘third country’. The UK would thus incur the loss of automatic passporting rights. This means that:

Where an FCA approved prospectus has already been passported into an EU/EEA host state before the end of the transition period:

The only scenario where an approval from a new EU/EEA member state is not required is where an issuer seeks to maintain an admission to trading on a regulated market in the EU/EEA.

EEA firms will have to consider whether they want to notify the FCA if they want to use the FCA’s Temporary Permissions Regime, the Bank of England also provides a useful overview.

For more information on the impact of Brexit, contact a member of our Debt Capital Markets & Listing team.