Blockchain Gamechanger, Part 3: Regulating Blockchain for Fintech and Beyond

In the final part of our series examining the rise of blockchain, we discuss how governments, regulators and businesses are approaching the emergence of blockchain and distributed ledger technologies and the major legal and regulatory issues they need to understand and address to fully harness their potential.

Blockchain and distributed ledger technologies are part of the Fintech ecosystem. They are perhaps best known as the technologies underpinning Bitcoin, the virtual currency that authenticates hundreds of thousands of electronic transactions each day. Blockchain disrupts traditional methods of payment and asset tracking by removing the need for manual verification between two parties, or between two parties and an intermediary like a bank. Copies of the blockchain ledger, or database, are distributed amongst hundreds or thousands of computers. Each time a transaction is verified and completed, every copy of the ledger is updated accordingly. The blockchain ledger itself therefore builds the verification component into the system.

Although in the early stages of development, blockchain’s innovative algorithm and distributed ledger have the potential to be modified for use in other applications, such as electronic voting, smart contracts and government databases and registries. In these use cases the peer-to-peer blockchain ledger becomes the ‘single source of truth’ and offers trust and transparency that existing technologies are unable to provide. 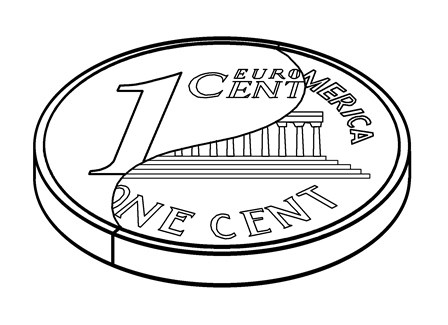 Lack of regulation and standards

Blockchain currently lacks a central legal entity or overall governance regime. While banks and financial institutions are subject to a myriad of rules and regulations, the parameters of government regulations and laws around the use of blockchain and distributed ledger protocols, whether in financial services or other use cases, are still being established.

The current battle between rival blockchain standards and platforms vying for adoption is like the rivalry between VHS and Betamax videotapes in the 1980s.  Potential users and investors in blockchain may be reluctant to invest in the technology until the industry settles on a single standard. When this will happen is unclear.

The pressing question for policymakers and regulators is how quickly and to what degree they should be regulating the fledgling technology. One industry commentator recently quipped that imposing harsh regulatory rules on blockchain at this point would be like regulating Alexander Graham Bell’s first telephone in the 1870s. On the other hand, the absence of hard and fast legal and regulatory rules does add to the concern for early adopters and policymakers.

Blockchain is certainly on the radar of regulators from a financial services perspective. In January, the EU Commission adopted an immediate approach of seeking to understand and monitor virtual currencies, Bitcoin and blockchain, as opposed to directly regulating them. The Commission is taking a cautious approach arguing that, at this stage, too little is known about blockchain and its derivatives to justify new laws beyond standard anti-money laundering requirements when the technology is used in virtual currencies. In line with the Commission’s view, the European Central Bank’s Eurosystem's consultative report indicates that Eurosystem will, for the time being, assess the relevance of blockchain for payments, securities settlement and collateral.

Another organisation, the Brussels-based European Digital Currency and Blockchain Technology Forum (“EDCAB”), was recently set up as a public policy forum to consider virtual currencies and distributed ledger technologies. Its vision is to shape regulatory and policy agenda for virtual currencies and distributed ledger technologies in the EU by engaging with policymakers, legislators and stakeholders. It could become a prominent thought leader in the sector.

The Financial Conduct Authority (“FCA”), the regulator of financial services in the UK, appears to be adopting a ‘wait and see’ stance, and is currently limiting itself to discussing blockchain with regulators in other jurisdictions. This could be with a view to fostering innovation and allowing the blockchain technology to evolve and grow, before the FCA starts to consider regulating areas such as data transfer, storage, privacy and security.

Can Ireland take the lead on blockchain?

Blockchain offers a massive opportunity for the financial services and technology sectors in Ireland. Unlike in the UK, in these early stages the Central Bank of Ireland has not formally weighed in on how it sees blockchain being applied to financial services or adapted for other uses. Similarly, the Law Society of Ireland has not set out its official view on ‘smart’ contracts that use blockchain.

It may be that the Central Bank will eventually follow the stance of the ECB or the FCA. However, Ireland has the chance to get in at the ground level and develop a blockchain ecosystem of viable use cases and appropriate regulations that foster innovation while protecting consumers and businesses alike. The government’s International Financial Services Strategy 2020 ("IFS2020") paper places a significant emphasis on Fintech and seeks to continue to develop and grow Ireland as a global Fintech hub. With the support of the Fintech and Payments Association of Ireland ("FPAI"), the government is incentivising financial services organisations to invest in innovation, research and development in Fintech, including blockchain. Stakeholders may therefore have the motivation and support they need to propel Ireland to take the lead, and develop best practice for blockchain in financial services and Fintech that the rest of Europe can follow.

Without understanding blockchain technology and experimenting with use cases, it is almost impossible to create a viable regulatory framework. To assist in this process and help prove the value of blockchain, the government could invite a number of stakeholders to test, develop and adapt different use cases in a ‘sandbox’ environment. In parallel, regulators and policymakers could work with them collaboratively to help develop an appropriate regulatory framework.

Proponents claim that blockchain and distributed ledger technologies will be the biggest change to our lives since the introduction of the internet. Blockchain presents the opportunity for governments, financial institutions and the private sector to reduce fraud, bureaucracy and errors in electronic payments, contracts, voting, public registers and back office functions, to name but a few. However, to fully capitalise on blockchain, businesses, governments and regulators in Ireland and further afield need to become familiar with how the technology works, understand how it may be adopted in different use cases and integrated into existing systems, and how to foster innovation in the emerging technology of blockchain.

If you are a market participant interested in learning more about Fintech and blockchain and how we can help your business, or if you have any questions about this article, you can contact one of our team members below.