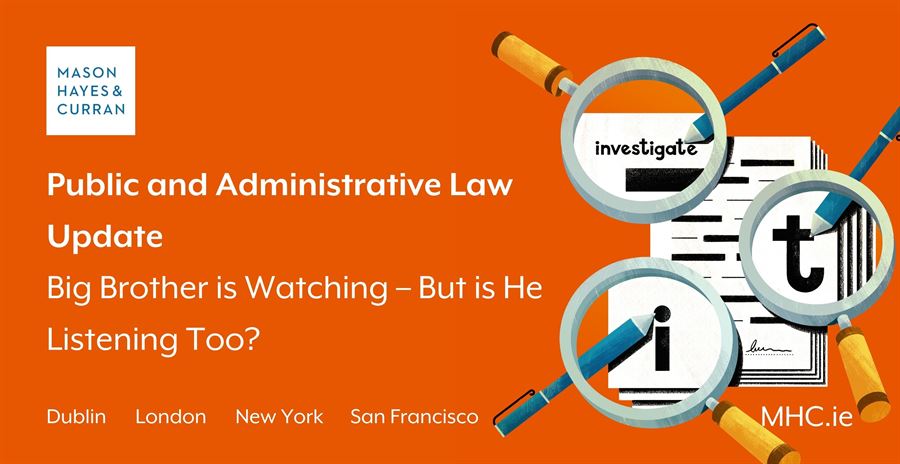 Two years on from the controversy surrounding the recording of telephone calls in Garda stations, the secret recording of calls in Ireland remains a legal minefield that requires careful navigation. Is secret recording legal? What about data protection? And how does all of this sit with our privacy rights? The answers to these questions might just surprise you.

Billions of telephone calls are made worldwide each day. We pick up the phone without thinking and before we know it, we are deep in conversation about various things, much of which is likely to be our private business. Surely if the person you are speaking to was to record the conversation, without your knowledge, they would be acting illegally? Under Irish law, this might not be the case.

The starting point here is the Postal and Telecommunications Services Act 1983 (1983 Act). When initially enacted, the 1983 Act prohibited the “interception”, or the attempted interception, of phone calls. “Interception” was defined as including the recording of any telephone calls without the agreement of all the parties to the call. This changed in 1993, however, when the Interception of Postal Packets and Telecommunications (Regulation) Act 1993 (1993 Act) came into law.

The 1993 Act amended the definition of “intercept” and, as a result, the current position in Irish law is that it is not illegal to record a telephone conversation if one of the parties to the call consents to the recording. In other words, single party consent is all that is required for secretly recorded phone calls to be legal in Ireland. This is in stark contrast to some other

countries, where legislation expressly requires that all parties should consent to a recording.

“Personal data” is broadly defined in the Data Protection Acts 1988 and 2003 (DP Acts) as “data relating to a living individual who is or can be identified either from the data or in conjunction with other information that is in, or is likely to come into, the possession of the data controller”. Voice data often falls within this definition. Whether a person who secretly records a phone call will be subject to the DP Acts, however, depends on whether that person is a “data controller”. The context in which a call is recorded is, therefore, of utmost importance. The DP Acts place greater responsibilities on businesses and employers when it comes to the processing of personal data. If, however, an individual makes a recording and keeps it for his/her “personal, family or household affairs” or “for recreational purposes” only, he/she will likely fall outside of data protection laws. The recording of a call by a third party, without the consent of the parties to the call, is, however, prohibited in certain circumstances by the European Communities (Electronic Communications Networks and Services) (Privacy and Electronic Communications) Regulations 2011.

Irish citizens enjoy a right to privacy under the Constitution. The right is also set out in the European Convention on Human Rights, which was given effect here by the European Convention on Human Rights Act 2003. However, the right is not absolute. As a result, claiming that a secret recording is a breach of one’s right to privacy may not be successful, as the right has to be balanced against other competing rights or interests. This again illustrates the importance of the context in which a call is recorded and the use to which the recording is put. If, for example, a recording relates solely to a person’s personal life and it is sent to a newspaper, a strong case could be made for breach of one’s right to privacy. If, however, a public official is secretly recorded while discussing matters relating to his/her public role, an argument for breach of privacy may not succeed.

Where telephone calls are recorded, provided that one party to the call consents, Irish legislation governing the interception of telephone calls will not be breached. Depending on the surrounding circumstances, and the subsequent use to which the recording is put, however, the person recording the call may be in breach of data protection and/or privacy laws. Both of these are complex areas of law and the question of whether a secret recording would breach either will depend on the unique facts of each case.

For more information, please contact a member of our Public and Administrative Law team.