Be Careful Where you Tread in Minefield of Social Media

During January 2014, there were over 500 million new tweets a day. This statistic provides an acute insight into what scale looks like at Twitter. Security expert Del Harvey, who heads up Twitter's trust and safety team, recently expressed the opinion that the overwhelming majority of activity on Twitter puts no one in harm's way. Why then, she asks, should her team spend so much time searching for potential calamities in innocuous activities. It's a scale thing. A one-in-a-million chance happens 500 times a day at Twitter.

The recent ban imposed by Derry GAA officials on Ballinderry Shamrocks and Derry star, Aaron Devlin, highlights once again that individuals cannot treat their social media musings as they would a casual chat in a pub. A social media mind snap can potentially have significant legal and commercial consequences. When individuals post material online, they act as publishers and their publications are subject to the same laws as newspapers or broadcasters. 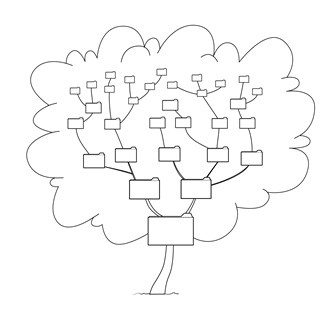 Back in September, Rio Ferdinand posted the following on Twitter: "@ManCunian56 @rioferdy5 @matiousmarston Maybe QPR will sign a good CB they need one" > get ya mum in, plays the field well son! #sket"

In a letter to the English FA inquiry team, Ferdinand's lawyers explained the term sket was being used to indicate that the 'mum' was able to play anywhere, that is, including the centre-back position in which the original sender had apparently claimed Ferdinand needed to be replaced and it was not a comment intended to denigrate the recipient's mother. Unsurprisingly, this line of argument was rejected by the FA. The FA utilised the services of a language expert and refer in their decision to the expert's own Bloomsbury Dictionary of Contemporary Slang. In that publication, sket is defined as " . . . a promiscuous and/or disreputable female" and has "been used by young street-gang members in London since around 2000".

There is little doubt Ferdinand was provoked. However, the FA considered that Ferdinand is an experienced Twitter user and he should know better than to respond in the manner he did. Ferdinand also has previous when it comes to outbursts on Twitter. The FA ultimately decided to suspend Ferdinand for three games and fined him £25,000. Ferdinand is also required to undertake an education programme in accordance with FA rules within four months.

In the UK's first libel case involving Twitter, New Zealand cricketer Chris Cairns was awarded £90,000 in damages after he was wrongly accused of match-fixing by Lalit Modi, the former chairman of the Indian Premier League. In the aftermath of Fabrice Muamba's collapse during an FA Cup match, 21-year-old student Liam Stacey was sentenced to 56 days imprisonment for posting racially aggravated abuse on Twitter.

Swansea University also banned Stacey from returning to its campus. Closer to home, a blogger recently issued an apology for defamatory tweets to entrepreneur Declan Ganley in what is believed to be the first legal settlement in Ireland involving Twitter content. The blogger also made a donation to Ganley's nominated charity.

There are many examples which confirm that the social media landscape is not an untamed Wild West of unregulated comment.

Sports governing bodies recognise both the opportunity and challenge social media presents. In referring to players' use of social media, former managing director of the England and Wales Cricket Board, Hugh Morris, stated: "When [social media] is done poorly, it is a complete and utter nightmare for those of us trying to manage and lead teams. It is like giving a machine gun to a monkey."

The simple fact remains that our sports stars are not professional communicators. In such circumstances, governing bodies, clubs and representatives of our stars have a duty to educate them on the use of social media. Irish sports governing bodies appear to be meeting the challenge head on. For example, the GAA has published a detailed social media policy and the GPA has also issued a series of guidelines to its membership.

Our sports stars are also increasingly aware that there are legal (civil and criminal) and commercial solutions available in the event that they are subjected to online abuse or harassment. Further, some social media users appear to assume that using a false name or posting anonymously renders them immune from liability. That would be a fundamentally incorrect assumption to make.

Of course some victims of online abuse decide to take matters into their own hands. A Twitter user branded boxer Curtis Woodhouse a "disgrace" after Woodhouse lost his British light-welterweight title. Woodhouse reacted by offering a £1,000 reward to anyone who revealed the identity and address of the user. Woodhouse received apologies from the user when he tweeted a picture of the street together with the caption, "Right Jimbob, I'm here . . . Someone tell me what number he lives at or do I have to knock on every door #itsshowtime". Whilst the narrative might make for entertaining reading, such a course is not to be recommended.

The world of social media is an enjoyable and engaging place. It subscribes to the fundamental human right of freedom of expression and grants to everyone the privilege to enjoy that freedom. With that privilege, however, comes responsibility and that freedom must be exercised in a responsible way. At this stage, it should be relatively easy for social media users to distinguish between what is responsible and what is irresponsible, what is empty bombastic banter and what is abusive or threatening conduct.

The public have been handed a megaphone and the world is listening attentively.

Niall Collins: Be Careful Where you Tread in Minefield of Social Media