2018 Pensions Review & 2019 Predictions - A Groundhog Year for Pensions in Ireland? 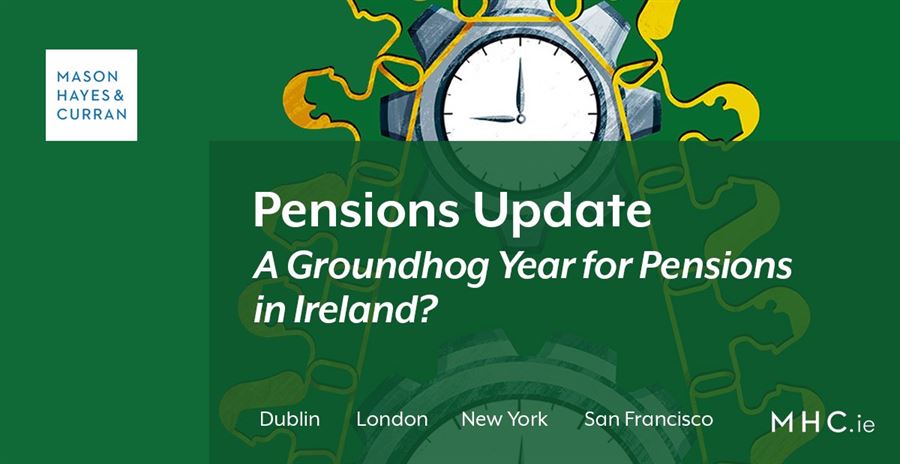 In March of this year, the Government published a roadmap document on pension reform. The document outlines an action plan for radical reform of pensions in Ireland from 2018 to 2023.

The document contains some interesting concepts and we now need to see how many of these move from blueprint to final design. It has the potential to result in massive changes to the pensions landscape in Ireland, which is what all parties agree, must happen in order for the implementation of an effective retirement planning system.

The document details the following measures that will aim to “modernise our pension system while continuing to target resources at those most in need”:

We discuss the measures in greater detail here.

In August of this year, the Government launched “A Strawman Public Consultation for an Automatic Enrolment Retirement Savings System for Ireland”. This consultation document seeks to bridge the pension gap that exists between public and private pensions.

If introduced, Automatic Enrolment would see employers introduce a workplace pension scheme and automatically enrol their employees into the scheme. Employers would then be obliged to contribute a percentage of an employee's salary to help fund their retirement.

The Government’s proposal contained in the consultation document is to be welcomed. The State has an obligation to provide a framework for private sector workers to save for their retirement in a simple and cost effective way.

The UK has the largest pension sector in the EU with over £1 trillion of assets, which provide capital flow to the British economy as well as to those of other EU Member States. Brexit could have significant, European wide, ramifications for pension schemes. The majority of these schemes are domestic, although there are a number of cross border schemes. Approximately 75% of these cross border arrangements operate between the UK and Ireland.

It is difficult to predict with certainty the precise impact Brexit will have on private pensions in the UK and the knock on affects across the EU. It is possible that investment volatility will occur which may pose risks to all pension schemes.

We discuss the potential implications of Brexit further here

What’s on the horizon for 2019? Well once again, 2019 is likely to be distinguished by two distinct halves.

The first half of 2019 will be dominated by the new IORP II directive that will lead to wide-ranging changes for pension schemes in Ireland. The national legislation that will implement IORP II has yet to be published so we really do not know the full extent of the change but it will certainly result in the opening quarter of 2019 being very interesting from a pensions perspective.

The second half of 2019 will see the focus shift to matters such as auto-enrolment and the much anticipated legislation concerning defined benefit pension schemes. Add the repercussions brought on by Brexit into the mix and it will prove to be a busy year for pensions in Ireland in 2019.

So, while it currently appears that the forthcoming year could well be a “Groundhog Year” with the IORP II Directive replacing the GDPR and the discussion on auto-enrolment trundling on, there is also the potential in 2019 for the landscape as we know to change completely.

For more information on 2018 developments and other matters impacting your business in 2019, please contact a member of our Pensions team.