Safe & Efficient Arrivals System – We can assist on all aspects of setting up a new business in Ireland including registering our company; organising employment visas for staff; real estate advice and assistance; introductions and access to service providers such as corporate services, payroll, accountants and auditors.

We have an established Aviation and Asset Finance team who have worked on a large number of award winning financing and capital market transactions over the last decade. Our client include manufacturers, airlines, aircraft and engine lessors, commercial banks, Export Credit Agencies in EU, China, North and South America and investment managers and arrangers. 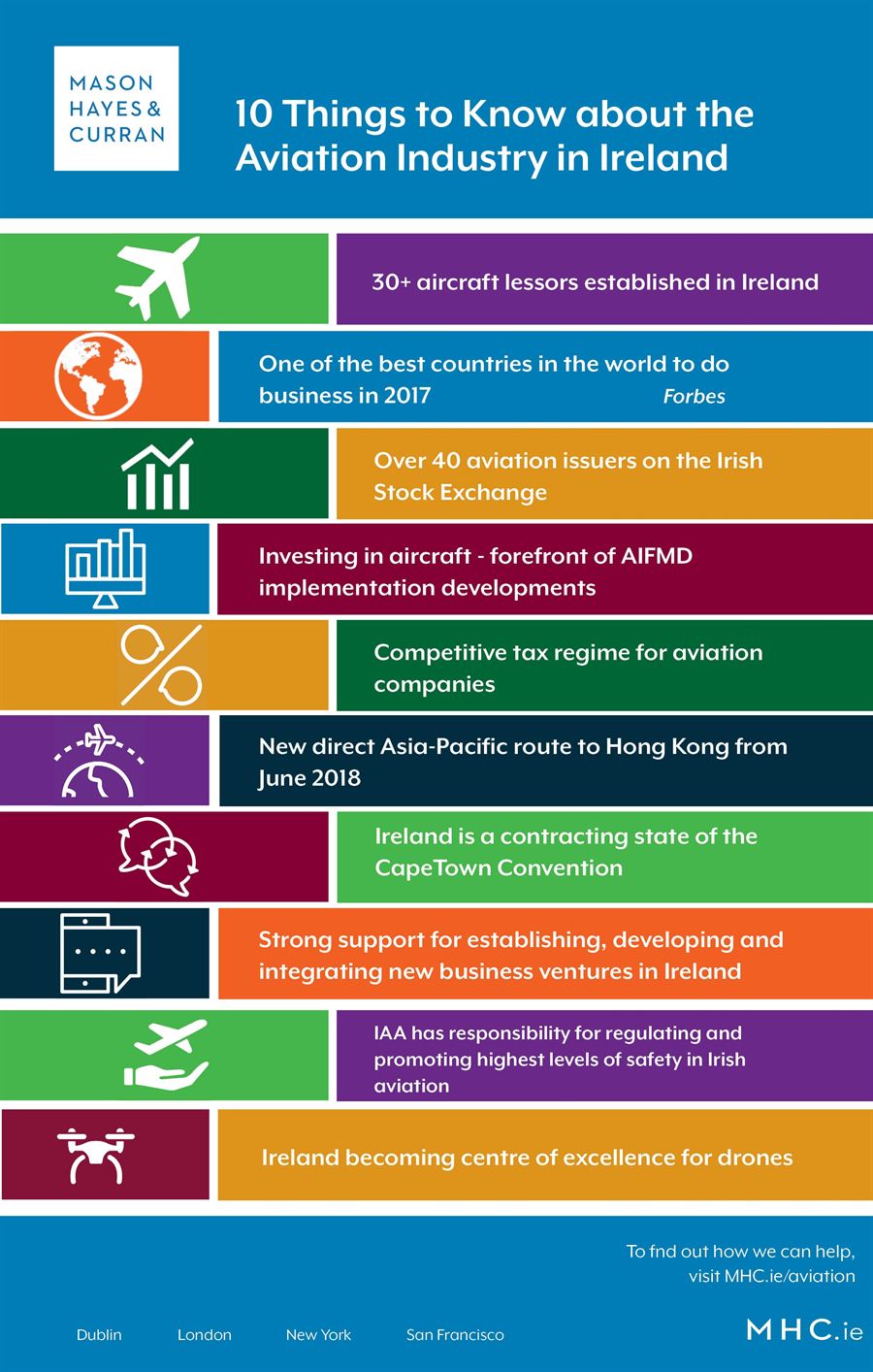