We hosted the opening of our Contemporary Art at Christmas exhibition on Wednesday 3 December 2014 in our offices on Barrow Street.

Paul Convery of Mason Hayes & Curran gave an overview of the art on display and was followed by special guest Frank McNally of the Irish Times, who opened the exhibition. Our guests were also able to meet with the artists and had the opportunity to purchase the pieces on display. 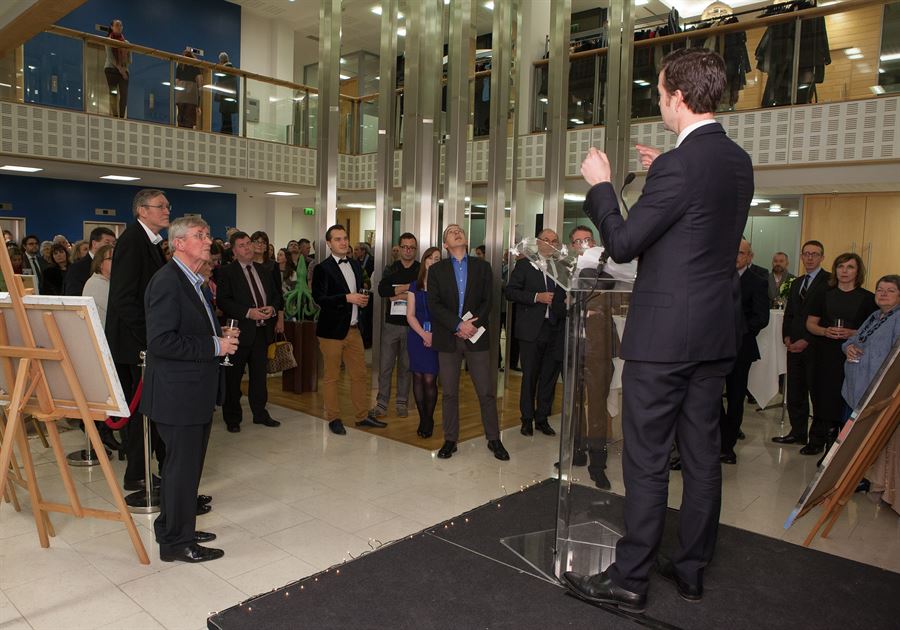 Partner Paul Convery gives an overview of the work on display

We were also joined by our "Young Curators", first-year students from Ringsend Technical Institute who curated part of the exhibition as part of Temple Bar Gallery + Studios' educational programme working with schools in our local community. Earlier this year we were delighted to win an Allianz Business to Arts Award for our sponsorship of this project. 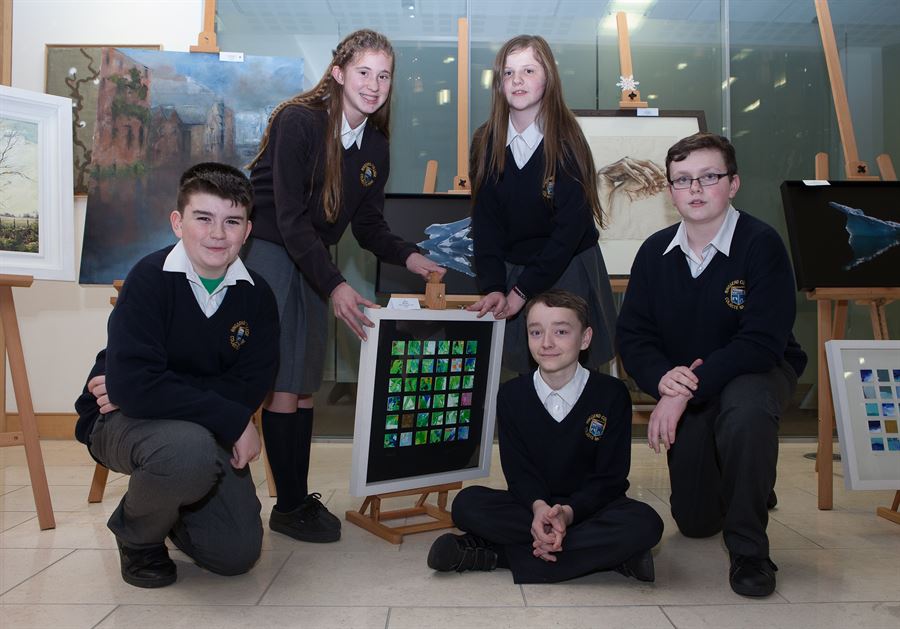 John Keating
Born in Co. Tipperary, John has exhibited in Ireland, Spain, France, Greece, the UK and USA as well as all over Eastern Europe. He works with oils, mixed media, charcoals and watercolours and has received over 30 awards for drawing and painting from around the world.

John O’Reilly
John began as a graffiti artist 20 years ago, and has recently undertaken the more restrictive medium of oil on canvas. His urban landscapes also aim to portray serenity and reflection within environments of noise and clutter.

Andrew Clancy
Andrew is a full-time sculptor, exhibiting solo and in group shows and doing public commissions. Andrew also designs and builds sets for theatre, most notably Pan Pan’s production of Beckett's Embers for which he received the Irish Times Theatre Award for Best Set Design.

Cora O’Brien
Cora is a Dublin-based artist and a graduate of NCAD and DIT. Cora has had many solo exhibitions and has also participated in group shows. Her work is in private collections in Ireland and abroad as well as included in the collections of Aer Lingus, The Law Society, Tallaght Hospital and others.

Daragh Muldowney
In June 2013, Daragh sailed to Greenland to photograph ice in his own inimitable style. ‘Out of Thin Air’ is the resulting collection and photobook featuring the surreal world of ice from the Arctic Circle. Without the use of artificial light or filters, his photography aims to present the smaller details of nature that we often overlook.

Niall Leavy
Niall is an abstract artist working from his studio in Stamullen, Co. Meath. Niall uses watercolour and gold leaf on paper. His paintings are very distinctive, vibrant, uplifting and presented in a modern, contemporary manner. Niall has exhibited in many solo and group shows around Ireland.

If you would like more information about the art on display, please email events@mhc.ie.