We were delighted to welcome Sir Robert Akenhead to our offices on 13 May. Sir Robert is a High Court judge in England and Wales and is one of the specialist Construction judges sitting in the Technology and Construction Court.

Sir Robert was speaking at a Society of Construction Law event which was hosted by Mason Hayes & Curran.  The topic of the seminar was “Adjudication – Enforcement by the TCC”.  Sir Robert gave a first hand account of the approach adopted by the TCC to the enforcement of adjudicator’s decisions since the introduction of adjudication in England and Wales in 1998.

The objective of the legislation which introduced adjudication was to provide for a speedy and cost effective manner of resolving disputes in construction contracts.  The TCC from the outset set out to ensure this objective was achieved.  Cases were tightly managed and the TCC adopted a set of rules to ensure that cases were dealt with quickly.

Once proceedings were issued time for entry of an appearance was abridged to three days.  The claimant immediately had to file a set of papers which included the construction contract, the adjudicator’s decision and the claimant’s submissions.  Sir Robert, as head of the TCC, reviewed all of the papers within a day of receiving them and made an order giving directions regarding the defendant’s submissions, the exchange of reports and the hearing of evidence.  All cases were assigned a hearing date within four weeks.  Cases typically lasted a morning with the larger ones being dealt with in one day.  Costs were also tightly managed and the TCC made orders in relation to costs where appropriate. 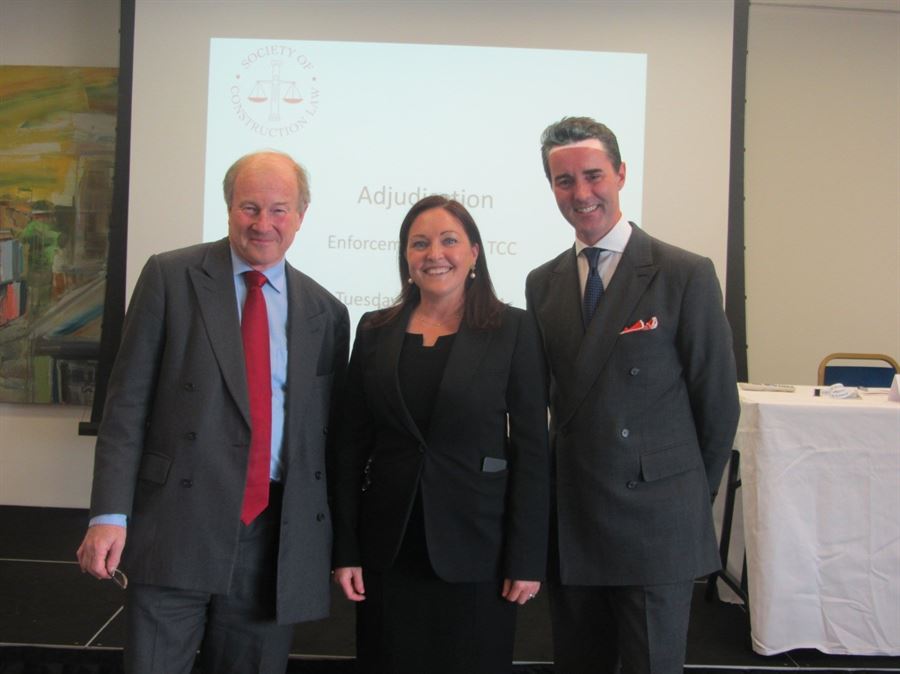 The TCC deal with approximately 80 challenges to adjudicator’s decisions every year and the most common grounds for challenge are breaches of natural justice and jurisdiction issues.  The TCC uphold decisions of adjudicators as much as possible and only allow challenges where the adjudication process was flawed and has resulted in a decision which is materially wrong or unfair.  Adjudication is not the final avenue of redress as disputes can be referred to arbitration.  This is taken into account by the TCC in its approach to these cases.

The same form of adjudication will be introduced in Ireland when the Construction Contracts Act 2013 is implemented.  It remains to be seen how the Irish courts will approach such cases.  The Irish legislation has a similar objective as the English legislation in that it sets out to introduce a mechanism for the swift resolution of disputes in construction contracts.  We do not have a specialist construction court in Ireland nor do we yet have specific court procedures to deal with these cases.  One would hope that the Irish courts will adopt the same practical approach as the English courts have adopted but this remains to be seen.