Following the House of Common’s defeat of the Withdrawal Agreement on 15 January 2019, Brexit uncertainty persists. Few can be certain of what the UK’s future relationship with the EU will look like. However, unless the Withdrawal Agreement is renegotiated (which is unlikely) or an extension to the UK’s exit date is granted, as things stand the UK will be leaving the EU on 29 March 2019 without a deal in place, a hard Brexit.

If a no-deal Brexit occurs, at 11pm on 29 March 2019 passporting rights for financial services firms and funds out of, and into, the UK will end.

Currently, financial institutions authorised by a European competent authority under an EU single market directive can provide services across the EEA on the basis of their home state licence without having to be separately licensed in the target jurisdictions. This is known as "passporting".

One dilemma now facing UK financial institutions is that post-Brexit they may no longer be able to passport their services across the EEA and, given the defeat of the Withdrawal Agreement in the House of Commons, this is very likely.

Ireland is an obvious choice in this regard and the benefits of an Irish authorisation for financial institutions seeking to continue to a passport into EEA countries is available here.

The possible loss of passporting rights may not be the end of cross-border financial services from the UK. One option to consider is the so-called “third country” provisions provided for in certain directives, such as MiFID, AIFMD and Solvency II Directives. These provisions contemplate permitting third country financial institutions, i.e. institutions that are not located in the EEA, to provide some cross-border services in the EEA without local licences if the third country jurisdiction has laws that are “equivalent” to those of the EEA.

However, the availability of these rights will be subject to “equivalence” determination, where the EU will determine whether UK law and regulation provides regulatory protections which are equivalent to those in the EEA.

Given that the current UK regulatory regimes are based on EU law, it would be difficult to see how the EU would determine that equivalence would not apply. However, there is a risk that the EU may choose not to do so or that it may be delayed in its determination, as the process for evaluating equivalence is often a lengthy one.

EU Firms Passporting into the UK

The Brexit implications for financial institutions passporting their services into the UK also needs to be considered. Access to the UK for those institutions will most likely be restricted. There is no doubt that the framework will change.

The UK Government has introduced a temporary permissions regime for inbound passporting EEA firms and investment funds (the “Temporary Permissions Regime”). In the absence of any transitional period, the passporting regime for EEA financial institutions and funds will cease when the UK leaves the EU.

The Temporary Permissions Regime will allow inbound firms to continue operating in the UK within the scope of their current permissions for a limited period after Brexit day while seeking full UK authorisation. It will also allow funds with a passport to continue temporarily marketing in the UK.

As of as of 7 January 2019, UK authorities are accepting formal notifications from EEA firms and funds that may wish to make use of the Temporary Permission Regimes. This notification window will close on 28 March 2019 and firms that have not submitted a notification prior to 29 March will be unable to continue accessing the UK market on the same basis as currently.

Furthermore, fund managers that have not submitted a notification for a fund will be unable to use the temporary permissions marketing regime for that fund. They will not be able to continue marketing that fund in the UK on the same basis as they did before exit day.

Ireland is an obvious choice for UK based financial institutions to relocate to within the EU: 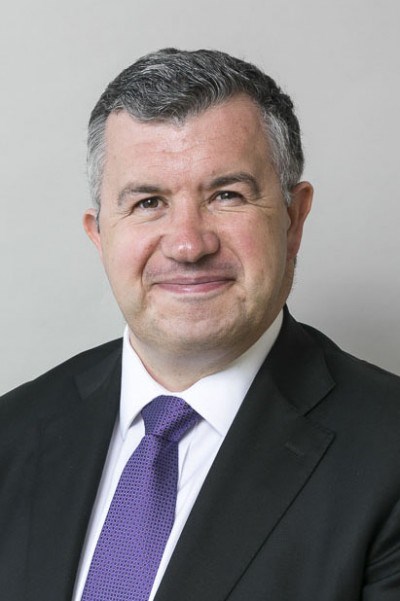