How will Brexit affect EU nationals currently living and working in the UK?

A form of amnesty for the 2.8 million EU nationals that are resident in the UK is considered probable and has been outlined in a British Government white paper. That said, new entrants to the UK will face hurdles including entry visa requirements and permission to work. The most likely scenario is that the UK will have two new work routes:- The first one for skilled workers entitled to stay longer periods, to bring dependants and in some cases to settle permanently. This category of workers will be sponsored by their employer and the application process will be open to migrants from all countries; The second route will be for temporary short-term workers at all skills levels, not sponsored, but subject to tightly defined conditions. The current indications are that this will be a transitional route and will only be open to migrants from specified low-risk countries.

How will Brexit Impact Irish workers in Britain?

Of importance to Irish workers post Brexit is the Common Travel Area (CTA) which has its origins in the 1920s and therefore pre-dates the entry into the EU of both countries. The CTA is, in simple terms, a series of bilateral agreements between Ireland and the UK which, amongst other things, provides that British and Irish citizens can move freely between and reside and work in the islands. Unfortunately, the CTA is not encompassed anywhere in any single piece of legislation. Although the EU and the UK have stated their desire to maintain the CTA, it is possible that any future bilateral arrangement between the UK and Ireland will need to take account of Ireland’s continued membership of the EU and, as such, require the consent of the EU. It is envisaged that legislation will be introduced in the areas of Healthcare, Education, Justice and Social Protection in particular to ensure the continuation of the CTA.

How will Brexit affect workers’ rights?

Much of the UK’s employment laws originate from EU directives. At the point of Brexit there will be relative conformity between the employment laws of the EU and the employment laws of the UK. However, following Brexit, it will be possible for the UK to repeal some or (unlikely) all of its current employment legislation and replace it either in part or in full. Early indications are that they do not intend to do so. The British Government’s Great Repeal Bill is intended to reduce uncertainty for UK businesses. Therefore there is unlikely to be a drastic shift away from the rights based employment legislation which was enacted during the four decades of European Union membership. However the Bill will not by itself secure the mutual recognition of UK and EU standards or the level of equivalence or recognition of qualifications required to secure continued access to the UK market. This applies in particular, to skilled workers such as lawyers, pharmacists, accountants, doctors, etc. Agency workers legislation is considered to be the most vulnerable area of UK employment law post-Brexit. Collective redundancy requirements, already relaxed, may be relaxed further.

How will companies transfer workers after Brexit?

The transfer of workers with undertakings is an area of great uncertainty post-Brexit. At the moment, there are some quite significant differences between how the UK manages certain TUPE related issues and how other countries in the EU (including Ireland) manage the same issues. It remains to be seen whether there will be any appetite to row back from the current TUPE regulations in the UK. What is important, for employers in Ireland, and particularly those whose business revolves around an outsourced function, is that care and attention are paid to the governing law clauses of contractual documentation. 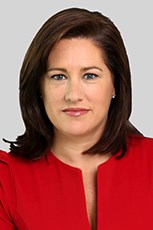